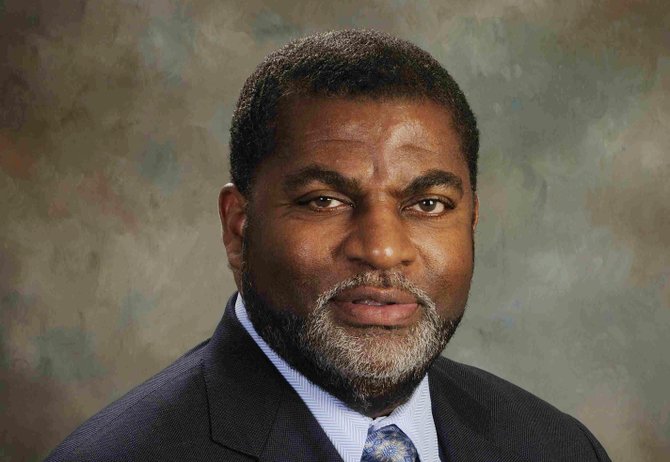 Bynum said he will use the award to support the "Friends of HOPE" campaign, a fundraiser dedicated to creating financial oases in bank deserts.

"Many people are unbanked and can't access affordable financial services," Bynum said. "Mississippi has the highest concentration of people who don't have an account or who rely on high-cost providers or predatory lenders. At HOPE, we are trying to provide affordable, responsible financial services to those people. We are going into areas that banks are leaving in large numbers. Since 2008, over 1,800 banks have closed across the country, 90 percent of them in low-income communities. We're opening branches and extending services to residents of those communities."

Bynum, 53, established HOPE in 1994. The organization is a private, nonprofit community-development financial institution and policy center that provides access to credit and other services to underserved populations in the lower Mississippi Delta. Among those services are commercial financing, mortgage loans, and technical assistance to support businesses, entrepreneurs, homebuyers and community-development projects. HOPE has generated more than $1.7 billion in financing and directly benefitted more than 400,000 people.

A North Carolina native, Bynum majored in political science and psychology at the University of North Carolina. He helped establish development finance group Self-Help Credit Union and built nationally recognized programs at the North Carolina Rural Economic Development Center. He moved to Mississippi in 1994 to establish HOPE, and now lives in Madison with his wife, Hope, and their daughter, Blythe.

During his career, Bynum advised Presidents Clinton, Bush and Obama on community-development matters, and was chairman of the U.S. Department of the Treasury's Community Development Advisory Board from 2002 to 2012.

"It's a great honor to be a finalist for this award," Bynum said. "There are some amazing leaders involved who are changing lives across the world. It's humbling and a great opportunity. At HOPE, we believe people can do anything if they have the tools, regardless of age, race or income range. We work to provide those tools to people wherever they are in life, so they can realize their dreams."

The other finalists are Manoj Kumar, CEO of the Naandi Foundation and creator of Araku Originals in India; Adam Lowry, co-founder and chief greenskeeper of Method Products Inc., in San Francisco; and management consultant and founder of the Fundwell project, Chinwe Onyeagoro of San Francisco.