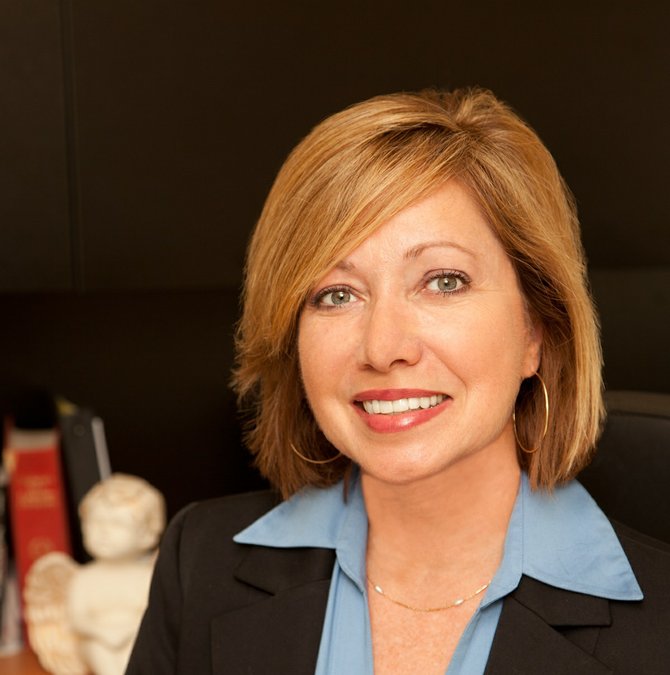 The term "crazy money" comes from the moment when you're standing in front of a shoe rack, eyeing a new pair of shoes that are on sale. You know you don't need them. "Crazy money is when you lose sanity when it comes to your finances," said Dr. Nancy Lottridge Anderson, the president and founder of New Perspectives Financial Solutions and assistant professor of finance at Mississippi College.

Anderson, a Mississippi native, began using the term in her practice and writing about ways to combat it, and now she is putting her knowledge of crazy money into an app. Anderson entered the U.S. Treasury Department, D2D Fund and Center for Financial Service Innovation's MyMoneyAppUp challenge after hearing about it on a morning news show. The challenge's goal is to come up with ideas for apps that would "encourage Americans to successfully pursue their financial goals."

Out of all the applicants, Anderson was chosen as one of the eight finalists. This morning, she presented her app pitch to a panel of experts at the Treasury Department in Washington, D.C., at the awards ceremony. Anderson finished fourth out of eight.

Anderson's app focuses on controlling impulse spending, specifically the miscellaneous items you spend money on. "Budgeting is cumbersome, trying to track everything. Someone might last six months and then give up on it," Anderson said. The app gives you a budget for extra expenditures and helps keep track of money spent. "As long as you don't go over budget, then no one is standing there wagging a finger at you saying you shouldn't have bought that pair of shoes."

The app would also feature ways to share the budgets about with a "crazy buddy" or partner on the account, as well as ways to help teenagers control their money. "People have different ideas of what's important to spend money on," Anderson said. "It doesn't matter what you spend your money on as long as it's in your means."