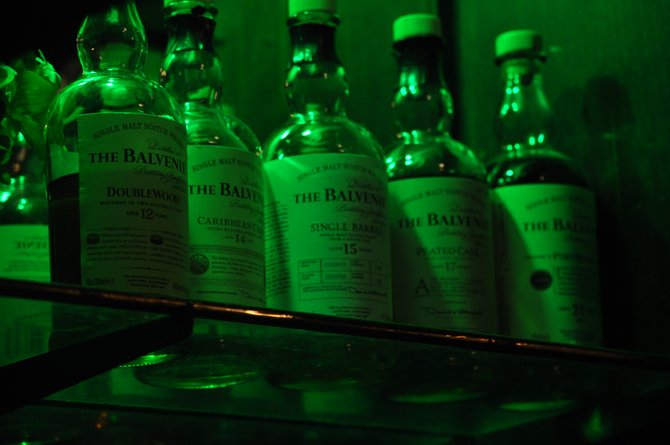 Learn the difference between Irish whiskey and Scotch at the Kindred Spirits Whiskey Tasting. Photo by Trip Burns.

Do you prefer whiskey or whisky? Technically, Irish (as well as American) distillers spell their spirit "whiskey," while Scottish distillers leave the "e" out. Scottish whisky, aka Scotch, also typically incorporates a type of vegetation called peat in the distillation process, creating a very different taste than the peat-less Irish whiskey. To taste the difference and learn more, the best place to be this weekend is CelticFest.

CelticFest began two decades ago with little-to-no festival experience, a small team of dedicated volunteers and three stages for performances. The founders only had one goal in mind: to bring Irish and Scottish traditions to Mississippi. Since its first year, CelticFest has grown into a three-day event that celebrates the region's music, food, dance and more.

Don Penzien, a founder of the festival, has been in Jackson for 26 years and feels a connection to the festival because of his family's Scottish and Irish decent. Penzien and other founders realized the importance of celebrating the traditions of immigrants that settled in Mississippi. "A lot of folks have forgotten that those traditions are at the root of our southern traditions," Panzien says.

The weekend provides visitors the experience to immerse themselves in Celtic culture with eight different stages to enjoy music and dance.

This is the 14th year that CelticFest has partnered with Wine and Spirits in the Quarter to host the Kindred Spirits Whiskey Tasting, previously held under another name. Fenian's Irish Pub is also a co-sponsor. This year, organizers are shaking things up with the whiskey tasting experience to allow more people to attend. "With the new format you get a vast array of tastings and you can build your own whiskey tasting," Perry Launius, assistant manager at Wine and Spirits in the Quarter, says. The new format includes more than 40 whiskeys for people to try, as opposed to the nine whiskeys previously offered. A coupon system will be used to "purchase" a taste of whiskey; some brands will require more coupons than others, allowing guests to decide which ones to taste.

"The whiskey tasting has never been about just drinking whiskey. It's about learning what makes one different from another." says Valerie Plested, vice president of CelticFest. "What's the difference between Scottish whisky and Irish whiskey, the difference between whiskey and scotch, coloration? There are so many things that go into it, you want to learn what makes a good whiskey."

The new format will ensure that the Kindred Spirits Whiskey Tasting remains the largest whiskey tasting in the South.

"We try to find whiskeys that represent Scotland and Ireland, we do a mix of the two," Launius says. "Whiskeys are different in different regions. When you're drinking whiskey, you get a representation of that area."

Education has been just as important to the event as the actual tasting. Each year organizers bring in a guest speaker to talk about the whiskey-making process. This year's speaker is Natalie Banks, a representative from Beam, the largest U.S.-based spirits company.

The Kindred Spirits Whiskey Tasting is at the Mississippi Agriculture and Forestry Museum (1150 Lakeland Drive) Friday, Sept. 7, from 7-9 p.m. Tickets are $40 in advance, $60 at the door. Visit celticfestms.org for more information or to purchase tickets.