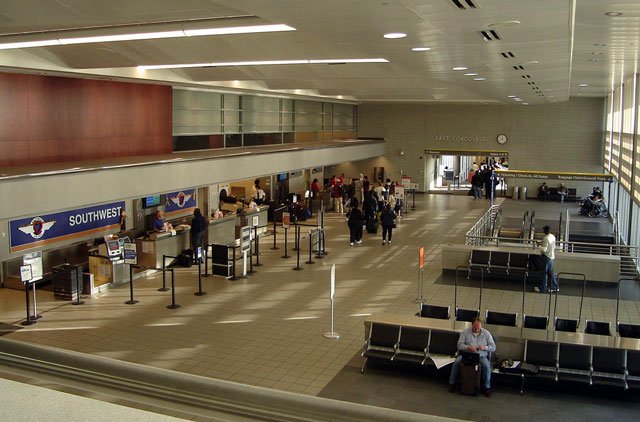 The Jackson Municipal Airport Authority has begun a project to restore the Hawkins Field Airport Terminal (100 International Drive # 4, Jackson). The United States Department of Interior, National Park Service, the Mississippi Department of Archives and History and JMAA are contributing to the restoration effort. Mid-State Construction will perform the construction.

"Our goal is to restore this building to allow it to be reopened and used by airport patrons, while at the same time preserving the basic design and providing a home for information on the historic significance of Hawkins Field and aviation in the city of Jackson," JMAA Chief Executive Officer Dirk B. Vanderleest said in a press release.

The terminal building was originally constructed in 1936 as part of a United States Works Progress Administration program with an investment of $62,150, which went toward construction of the actual building and paving an apron for aircraft parking. The city named the location Hawkins Field in 1941 after A.F. Hawkins, a city commissioner with an interest in aviation.

The field became the Jackson Army Air Base in 1941, and in 1942 the United States Army Air Force Flying Training Command began using it as a basic flying training airfield. Hawkins Field was reclassified as a civilian airfield in 1949.

The U.S. Department of Health and Human Services has issued federal grants to 17 community health centers in Mississippi to help more women be screened for cervical cancer. The Sun-Herald reports that 810 health centers nationwide have received such grants to help them become "medical homes" and coordinate patient care. According to the DHHS, patients in such programs are able to get more preventive services such as Pap and human papillomavirus tests that detect pre-cancerous changes before they become actual cancers.

Centers for Disease Control and Prevention estimates predict that cervical cancer kills more than 4,000 women a year in the United States.

The military opened Englewood Gardens as a barracks for the Hawkins Military Airfield in 1948, but it became abandoned when no longer needed. With no new buyers, the area eventually became an illegal dumping ground for garbage and old furniture before Habitat for Humanity began its restoration effort. Now a residential neighborhood, Englewood Gardens consists of 22 currently completed houses with five more planned for the area. The construction was completed with help from the Junior League of Jackson, Entergy/Irby, Mississippi College School of Law, Women Build with Lowe's, Nissan and hundreds of volunteers.

U.S. Congressman Bennie Thompson, Jackson Mayor Harvey Johnson, Secretary of State Delbert Hosemann and State Senator Hillman Frazier will attend the event, which is free and open to the public.