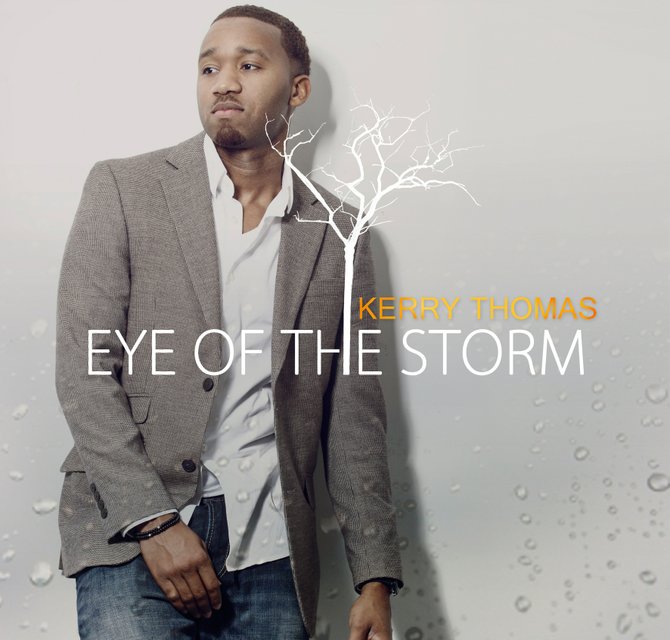 A couple years ago, I wrote about an up-and-coming R&B singer named Kerry Thomas, who also goes by the name KT. Of course, we, being the good friends we are, christened him with the nickname Killa Thug. It’s funny because it couldn’t be any further from the truth.

Kerry began his musical journey with an acoustic guitar and a list of songs by artists like Musiq Soulchild that he would play at open-mics and any poetry, hip-hop or soul event that would have him. I wrote in the aforementioned column about being there the first night he played at Dreamz JXN for a Forever Friday event and being overly impressed (and perhaps a bit jealous) with the response from the female members of the audience. Just him, his guitar (which he was still learning to play), his songs and the crowd.

Seeing Thomas perform now, the first thing that stands out is the exponential increase in his guitar playing abilities. While in the beginning he was comfortable with the instrument, he now owns it, making it more an extension of his talent as opposed to simple accompaniment. Now, Kerry has added more and more original material to his impressive repertoire of covers. This is where he has really grown as an artist.

With these new songs in hand, on Oct. 16 Kerry dropped his solo debut, “Eye of the Storm,” a seven-song EP with one bonus track. The EP features all original tracks from Kerry that follow a concept and tell a story.

The intro to “Eye” opens with the sounds of thunder crashing and rain falling. As the storm seems to pass, Kerry, alone with his acoustic guitar, sings “peaceful serenity/that’s exactly what you bring/what more can a man ask for/ask and I receive.” Just like with a hurricane, Kerry finds calm and peace in the eye of the storm. He sets the tone for the rest of the EP, asking “can we stay in the eye of the storm?” It is a longing that is informed by the knowledge that the eye of the storm doesn’t last forever.

The next several songs maintain this tenuous feeling of peace. In “10 More Minutes,” Thomas sings, “I don’t want this to end/will you please stay for ten more minutes?” With “Halfway There,” Kerry laments on the concerns with entering a relationship while giving himself to his woman, but not too fast as he warns. “Say Yeah,” a collaboration with Laurie Walker, is a classic Kerry Thomas track, with prominent guitar and smooth lyrics about the joys of stepping out in public with his woman. He even begins to see a future with his woman, complete with “a dog and some kids” on “Epiphany.”

However, the eye of the storm begins to pass with “Miss my Ms.,” a heartbreaker where Kerry asks, “Can we ever go back to the way it was?” He knows the answer to that question, especially after seeing his lady in public after the breakup. By the time the “Outro” begins, Kerry is singing about the all too familiar themes of loss, pain, and the inability to see the future. The thunder and rain comes back, and that is where the listener is left.

“Eye of the Storm” presents the fairly simple and classic theme of boy meets girl, boy loves girl, boy loses girl. The storm metaphor is a good way to go about dealing with the issue and the music makes the presentation all the more appealing. Kerry’s guitar playing is on display, and there is enough extra instrumentation to keep the short and sweet EP entertaining. I hate to use this term, but it is neo-soul at its finest from one of Jackson’s premiere singers.

“Eye of the Storm” can be purchased via the iTunes store, Amazon.com, and Rhapsody. Follow Kerry Thomas on Twitter @realkerrythomas and visit kerrythomasmusic.com for the latest updates and show announcements.