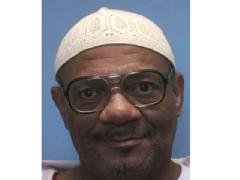 The state executed William Mitchell, 62, Thursday, March 22. It was the second execution in three days. Photo by Courtesy MDOC

William Mitchell was already affixed to the metal table with thick, heavy, tan leather straps when prison guards escorted witnesses into the execution viewing rooms at Mississippi State Penitentiary at Parchman. Dressed in a red jumpsuit and surprisingly clean black and white sneakers--MSP's version of Converse's All-Star--Mitchell's bulky 6-foot-1-inch frame filled every available inch of the gurney that was bolted to the floor. Underneath the slab, curiously, sat a small, wooden step stool.

His hair cut short, a small tuft of gray hair on his chin, Mitchell stared blankly at the ceiling above him, not once shooting a glance in the direction of any of the five people standing just feet from him in the cramped chamber. The officials--one woman and four men, including MDOC Commissioner Christopher Epps--did not look at Mitchell or at each other.

Just after 6 o'clock, as the sun set outside, one of the male officials flipped on a microphone mounted above Mitchell's face and asked the condemned if he wished to make a last statement.

"No," he said, defiantly. The official stepped back and a tube originating from a separate room began to sway gently as pentobarbital (an anesthetic), Pavulon (a muscle relaxer), and potassium chloride (which causes cardiac arrest) pumped into Mitchell's arms, extended and taped to extensions on the gurney.

He took a few quick breaths, his huge chest expanding several times, and he let out an unusual sounding yawn. His bottom jaw protruded from his face in an unnatural way for a just a second before he relaxed. His eyes closed, and the 62-year-old man didn't move again. Another 10 or 15 minutes of silence--both in the execution chamber and in the condemned's witness room--followed before prison officials pronounced Mitchell dead at 6:20 p.m.

Two of Mitchell's attorneys, Glenn Swartzfager and Louwlynn Vanzetta Williams, consoled one another with mere glances. When it was over, corpse directors from Brinson Funeral Home in Cleveland loaded Mitchell's body into a white SUV parked immediately outside the death chamber.

A judge sentenced Mitchell to death in 1998 for the capital murder of Patty Milliken in Biloxi. Milliken, a store clerk at Majik Mart, left to have a cigarette with Mitchell at the end of her shift on November 21, 1995, according to information from the MDOC. Milliken's co-worker called the police when she did not return to the market where she had left her belongings. When police arrived at Mitchell's home to ask about Milliken's whereabouts, he ran. A police officer spotted Mitchell later at a gas station, and he ran again.

Police eventually captured Mitchell, who was out on parole at the time for a murder and aggravated assault committed in 1975. Milliken's body was found a day later under a bridge. She had been beaten, strangled, vaginally and anally assaulted, crushed by a car and mutilated. A passenger of Mitchell's told police that Mitchell, referring to Milliken, said he "got that bitch."

Epps, MDOC commissioner, said yesterday that he asked Mitchell several times on the day of his execution to talk about the incident. "If you hadn't done anything, would you say anything?" was Mitchell's response, Epps said.

Throughout the day, MDOC held press briefings for the three reporters who signed up to witness the execution. Reporters received details of Mitchell's final day, such as who he called on the telephone (six people in all, including his daughter), if he showered and the contents of his last meals. For breakfast, it was potatoes and beef gravy, biscuits, dry cereal, milk and coffee, which he did not finish. For his final meal (he declined lunch), Mitchell ordered a "big plate of fried shrimp and oysters, big strawberry shake, cup of Ranch dressing, two fried chicken breasts and a Coke." He ate very little, Epps said, which is unusual in the 18 executions he's overseen.

Members of Milliken's family, including her son, Will Burns, who was a child when she died, read statements. Burns remembered walks on the beach and drives along Highway 90 to admire beautiful homes. He said that he is disappointed that "a beautiful lady's name will forever be tied to a disgusting man."

"In this moment, I am very angry at the system, at this man, and at the fact that the process took close to 17 years to come to fruition," Burns said. "Do I feel justice was served? I would have to say only slightly. Sure, the state of Mississippi took his life. He lived in a cage like an animal for the last 17 years, but we all paid to keep him there."