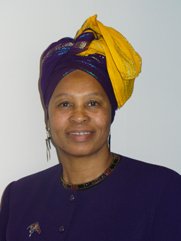 Flora native Okolo Rashid didn't set out to start a museum. But when the Majesty of Spain exhibit that came to Jackson in 2001, neglected Muslims' contributions, Rashid created a companion exhibit.

"Spain is what it is today because of the contributions of Muslims," she said.

"Islamic Moorish Spain: Its Legacy to Europe and the West" drew 25,000 visitors, and was scheduled to close at the end of September 2001.

However, the events of September 11 presented an opportunity for "progressive moments," Rashid said; in other words, 9/11 forced Americans to learn more about Islamic culture.

That exhibit evolved into the International Museum of Muslim Cultures, and Rashid is its executive director. After almost 12 years of running the museum on East Pascagoula Street, Rashid has earned recognition this month from the National Women's History Project for her pioneering leadership on diversity education.

The museum also recently received a $248,000 planning grant from the National Endowment for the Humanities and applied for a $400,000 NEH grant that would enable the museum to travel with its exhibitions.

The exhibit "The Legacy of Timbuktu: Wonders of the Written Word" challenges perceptions about sub-Saharan Africa as uncivilized through audio and visual displays, interactive media, and hands-on learning focusing on the ancient city of Timbuktu, located in modern-day Mali.

Rashid believes Americans are serious about learning about different cultures.

"There's a real movement--alongside all this negative--toward compassion and building a more unified America," she said.