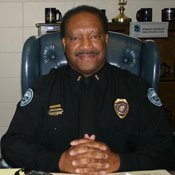 The state auditor and attorney general want Hinds County Supervisor Robert Graham to repay $45,736 for allegedly double-dipping when he was the Jackson police spokesman.

The state's top auditor and legal officer want Hinds County Supervisor Robert Graham to pay back more than $45,000 for misusing public property and submitting fraudulent time sheets when Graham worked for the city of Jackson.

The suit alleges that Graham ran his private company, Professional Dispatch Management, from 2002 to 2007 while working on the clock for the city as the police department's spokesman.

During that time, Graham had the city's publications office reproduce manuals for his emergency personnel telecommunications training classes and used city funds to purchase 25 manuals for his business, the suit states. Though 12 of the people who took the Professional Dispatch Management course were city employees, 13 students did not work for the city of Jackson.

Graham also violated the law by submitting time sheets that show he worked for the city during times he ran training classes for his company, according to the complaint.

"The entries Robert Graham made on his city time sheets were false representations and fraudulent, and caused the city of Jackson to pay to him money to which he was not entitled," the lawsuit reads.

In May 2011, Pickering, a Republican, served a demand for the money Graham received. Graham, a Democrat, refused to pay and, at the time, characterized Pickering's investigation as "political."

Graham's attorney, Lisa Ross, was in court this morning and was not available to comment before the JFP Daily went to press.

Last time Graham complained it was simply politics. Now the auditor gets the AG in the mix, awesome. I'm in awe that this guy was just re-elected; then again, maybe I'm not.