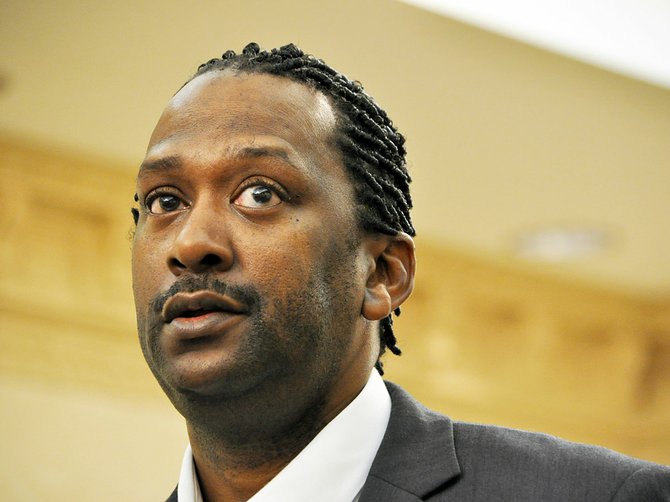 Having grown up in Watts, Calif., Stern was not even vaguely familiar with Killen, a preacher and Klansman finally in prison for helping to mastermind the murders of three voting-rights activists in the summer of 1964 in Neshoba County.

Because of his lack of emotional attachment to Mississippi's tortured racial past, Stern didn't have a problem living in such close proximity to Killen. The Klansman's reaction to Stern was more complex.

"Congratulations on fighting my enemy," Killen told Stern at one point early on in their relationship, Stern said.

Killen was referring to Mississippi Attorney General Jim Hood, who in 2005 had secured a conviction against Killen on three counts of manslaughter for his role in planning the murders of James Chaney, Andrew Goodman and Michael Schwerner four decades earlier.

Hood had also extradited Stern from California on wire-fraud charges. As Stern told the story on a visit to the Jackson Free Press offices shortly after his parole in November 2011, Stern was the chief executive officer of a Los Angeles-based firm that handled automated clearinghouse (ACH) and electronic funds transfers (EFTs) for customers, including 18,000 people in Mississippi.

According to Stern, even though four of his underlings cooked up the scheme to steal cash from clients, Hood said he'd nabbed a "big fish." In addition to heading up the financial services firm, Stern says the fact that he brokered a truce between L.A.'s Bloods and Crips gangs made him a more desirable and high-profile target.

Stern pleaded guilty to five counts of wire fraud in 2007, which carried a sentence of 25 years (15 suspended and 10 to serve); pleading not guilty would have come with a 35-year sentence if convicted, Stern said.

A minister, Stern said his Christian faith did not permit him to hate Killen. It also compelled him to act when African American prisoners spit and put feces in Killen's food. Stern offered Killen his untainted food and took on the responsibility of rolling the ailing octogenarian's wheelchair outside so he could get some sun, he said.

Despite Stern's expression of Christian compassion, Killen never ceased peppering his speech with the word n✻gger. "You have what's known as a n✻gger brain," Stern said Killen would say. And "because a "n✻gger doesn't have morals," Stern would never be able to understand a righteous man such as himself, Killen said.

Over the next four years, Stern says Killen began confiding in him. Most strikingly, Stern said Killen admitted to killing 32 individuals, and he named people who are still alive who were also involved in the 1964 slayings.

Because criminals can't legally profit from their misdeeds, Killen gave Stern the intellectual-property rights to his story, Stern said. Even more remarkably, Stern said Killen also granted him power-of-attorney over his estate, including a 40-acre plot in Neshoba County on which Killen claims to have committed the aforementioned 32 murders.

At a June 14 press conference at the Jackson Hilton, Stern produced a copy of a deed; Stern says he's using his power-of-attorney rights to transfer the Killen land to Mississippi Racial Reconciliation, a not-for-profit organization Stern founded in March of this year. Stern plans to dedicate one acre to a memorial for the so-called "Mississippi Burning" victims of Neshoba County.

Stern also announced book and movie deals. John Brubaker, a Connecticut-based writer, will co-author a book about the life of Betty Jo Killen with whom Stern claims to have recorded several conversations. "These could be some of the most famous tapes since Nixon's Watergate when they are released to the public," Brubaker said. Stern said he's working out a movie deal with Red Bird Productions, a Los Angeles-based studio that actress Debbie Allen owns with her husband Norm Nixon. Allen did not return calls for comment.

"The only reason why I have what I have from Edgar Ray Killen is because I did something that no one else in the prison was willing to do: I put up with him," Stern said when asked why an avowed racist would confess his crimes to a black man.

Stern acknowledges that his tale is hard to believe, but says that he possesses letters and other supporting documents written in Killen's handwriting--that handwriting expert Curt Baggett of Richardson, Texas, verifies is Killen's--that validate his claims.

"Whatever document he has that purports to give him the authority to transfer Mr. Killen's property to his own use is nothing Mr. Killen ever agreed to," Ratliff said in a phone interview. "We will vigorously defend Mr. Killen and his property rights as well as any intellectual property rights of (his) and Mrs. Killen."

Stern accuses Ratliff of "sour grapes." As he tells it, Killen owes a large sum in legal fees that Ratliff was hoping to recoup by selling the rights to Killen's story himself. "When Edgar signed them over to me, that pissed (Ratliff) the hell off," Stern said. Furthermore, Stern brandished letters purportedly from Killen instructing Stern to fire Ratliff because the attorney is "just trying to make money" off Killen.

On June 18, Stern filed a lawsuit in Hinds County Circuit Court against Ratliff and the Killens for libel, slander, and defamation of character. Stern maintains that Ratliff is tarnishing his reputation for suggesting that Stern might have taken advantage of Killen. Ratliff said he hasn't been served, but said he would defend against Stern's charges with the same vigor he plans to defend Killen's rights.

"When you come out of jail with a conviction on you, you have nothing better to do than protect your good name," Stern said.

"As a black man, you can't allow people to just attack your name."

Since coming to Mississippi as a prisoner, Stern has filed numerous suits. Among those claims include one that second-hand smoke exposure injured his eye that is sensitive to formaldehyde found in cigarettes; one that Hood and Hinds County Circuit Clerk Barbara Dunn committed perjury in his criminal case; and another that Dunn refused to provide him with documents that might prove his innocence.

Stern also alleged that unsanitary conditions in the prison barbershop exposed him to HIV/AIDS, hepatitis and other diseases for which he sought $31 million in damages.

Stern made similar claims in his home state. In a March 2002 lawsuit against the California Department of Corrections, Stern asked the federal courts to require the prisons to use sterilized hair-cutting instruments. A March 2002 Los Angeles Times article reported: "Stern said that while serving time in a state facility in Delano for passing bad checks, he observed inmates with bleeding scalps after getting haircuts with unsterilized instruments.

"Stern said he was placed in solitary confinement for six months for refusing a haircut. He finally submitted to getting haircuts and said that, while he did not contract either disease, he did come down with a skin condition."

His barbershop crusade didn't stop there. Journalist Lawrence Kootnifoff goes into detail in a 2002 Los Angeles Daily Journal article about what he called Stern's "eccentric past," including his bizarre $61 million lawsuit against Revs. Jesse Jackson and Al Sharpton for criticizing the film "Barbershop." According to Kootnikoff, Stern headed a group called the National Association for Cosmetologist, Inc. at the time, and he believed that the civil-rights leaders' criticism of the film would negatively impact African American barbershops. With the help of a local branch of the NAACP, Stern also sued California banks for using a credit-verification system that he said was tantamount to racial profiling. The practice, he argued, prevented African Americans from establishing bank accounts.

Stern referred questions about his lawsuits to Greenville attorney Hiram Eastland Jr. Eastland said he's trying to streamline Stern's claims and is working with Hood's office to resolve two of them. Eastland warned against reading too deeply into Stern's history of litigiousness, saying that it's common for inmates, who lack legal training, to file a series of lawsuits just to get any relief they can.

"I wouldn't have taken his case if I didn't think he needed a lawyer," Eastland said.

Kootnikoff's Daily Journal piece provides more insight into Stern's early brushes with the law. In 1989, Stern was convicted of scheming to take out phony student loans when he worked as a pastor-in-training at a L.A.-area Baptist church. In 1990, he went to prison for two years for writing a bad check, and in 1995 got 16 months for forgery. Stern went to prison two more times--in 1996 and 1998--for similar charges, Kootnikoff wrote.

At the time, Stern chalked the stumbles up to being a bad businessman.

Asked if he thought he was better at managing finances today, he responded: "Some things we evolve from and we grow from and some things we don't. Are you the same man you were 20 years ago?"