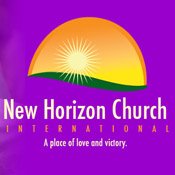 On June 14, hundreds of people gathered at New Horizon Church in south Jackson to collaborate on Working Together: Jackson.

On the night of June 14, hundreds of people flooded through the doors of New Horizon Church in south Jackson to collaborate on one of the biggest tasks the city has ever taken on. Working Together: Jackson is an organization two and one-half years in the making.

The crowd included all sorts of folks. Seats were sectioned off for Mt. Olive Baptist Church, Grace House, United Auto Workers, Stewpot and the International Museum of Muslim Cultures, to name a few. The church, already ringing with gospel music from inside, gave out complementary hugs to anyone who entered its doors. For the first time--after years of working inside their individual organizations--the group came together in New Horizon's enormous worship center as a new public entity.

The organization realizes the breadth of its undertaking and will approach it, as one speaker joked, like eating an elephant: One bite at a time. The organization plans on breaking down its large constituency into institutional organization teams that will focus on small sections of issues. "We are working to become specific and to break down our problems," the Rev. Carol Spencer of Saint Andrew's Episcopal Cathedral said.

Working Together: Jackson has three main goals to catalyze the entire process: to build relationships across our community based on trust and a willingness to listen and learn from each other; to equip members and leadership with skills and practices to get results; and to achieve change on concrete issues as part of a common call to justice.

Despite religious overtones, Working Together: Jackson has pledged to remain non-partisan and all-inclusive. "We represent a broad constituency," Spencer said. "And with that we demand more respect and have a larger power with political leaders."