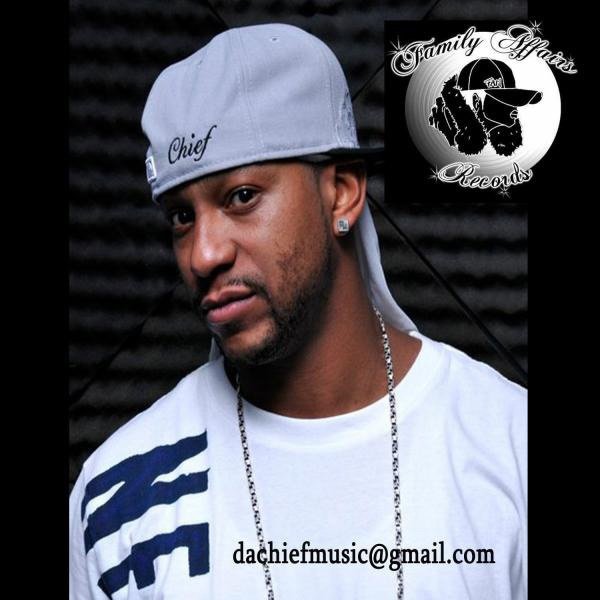 At a crowded house party in 1994, full of teenagers and loud, blistering music, two things were happening: dancing and a rap battle. That was the first opportunity for Alex Guillermo Jr., aka Da Chief, to rap his original song "Ecclesiastes." He was surrounded by a small group of people. "I had butterflies for a couple of bars, then they went away," he said.

Manchester, N.H., native Da Chief, now 35, has been rapping for the past 20 years. His sound resembles that of '90s artists such Nas, DMX and Ice Cube, but he identifies more with Mos Def for his authentic lyrics, freestyle delivery and unorthodox rhymes. "He is more of an intellect rapper," Da Chief said. "He just doesn't say the same thing as everyone else."

"There is a lot more work than you think there is," Da Chief said about being a rapper. "You have to have stage presence. ... A lot of rappers don't have that." He first realized the importance of that skill on stage when he had to read a Bible passage in front of a crowd when he was 12. He realized then that he had to start practicing and preparing to develop great stage presence.

Rapping provides Da Chief an outlet to express deep feelings. "It's about being able to communicate," he said. Writing poetry at 13 helped him develop his rhyming skills. He included a lot of his poetry in his music.

Guillermo's favorite song is "Simple Man" by Lynyrd Skynyrd. It taught him to be a straightforward man and just be patient, he said. Of the songs he has written, his favorite is one about being a father, called "One to Grow On," dedicated to his seven children, ranging in age from 9 to 15. "My motivation, innovation and my stride to success are my children," he says.

Anthony Rogers, his late mentor, helped shape and mold Da Chief into the successful rapper he is today. Da Chief's main goal in life is for people to be motivated by his music, learn from their mistakes and make a change. "I really don't care about the money," he says.

Guillermo has released three mixtapes and is a new album yesterday, June 14, on his label, Family Affair. The album features eight new, original songs. About two years ago, he opened his own recording studio, Insight Studio, in connection with his label in Manchester, N.H. He will be the first major artist from his label, paving the way for others to follow.

The rapper is also a volunteer in his community. "Gotta give back," he said. "... If it wasn't for the community, I wouldn't know where I would be." He performs at events for free and volunteers where and when he can. He recently volunteered at a cancer awareness benefit, performing and supplying equipment such as microphones, music and speakers.

Da Chief wants to make a difference in the lives of those he meets and touches through his music. "I was pretty much homeless, sleeping in my car and rest areas," he says. "I'm grateful for everything I have."

Da Chief will perform at the Remington Club in Hattiesburg, (1900 N. 31st Ave.) tonight at 8 p.m. For more info on Da Chief, visitreverbnation.com/dachief. This will be Da Chief's first time performing in Mississippi.

Many blessing to you and your art. Looking up always. Meredith McGee