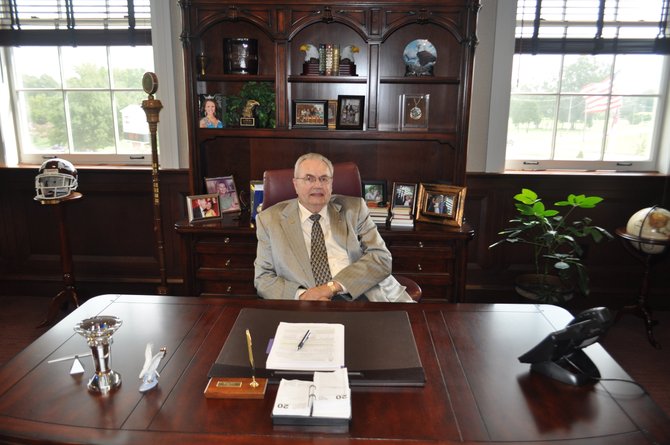 Dr. Clyde Muse could be the poster guy for community-college success. His first degree was an associate's from East Central Community College in 1949. In July, Muse, president of Hinds Community College since 1978, received the inaugural Excellence in Government Award in Local and District Government from Mississippi Gov. Phil Bryant.

Muse, 82, attributes much of his success to faith. "When you read in the book of Matthew, somebody asked Jesus how he became the greatest. Jesus said, 'If you want to be the greatest you have to be a server,'" Muse says. "I don't see any other calling than being sensitive to the needs of people that are around you."

He also says that his education opened doors for him. He could never have become an educator or a coach without a degree, he says, and considers himself fortunate to have earned basketball scholarships to ECCC and Delta State University. "It helped me get through school, because my family couldn't afford to send me," he says.

At Hinds CC, one of Muse's passions is opening those doors to others. He helps students reach what they thought were unattainable goals by giving them skills and funding to pursue degrees and become successful. Working with the Army National Guard, the Gateway to College National Network and Rankin County, Muse actively looks for ways that students can attend college without worrying about funding.

State sources of funding aren't as available as they once were, he says. "It is causing colleges to increase their tuition and, in many cases, makes it difficult for students and parents to come up with the money."

The Gateway to College National Network is a new program this year. It focuses mainly on recent high-school dropouts. The program creates specialized curricula that enable students to earn high-school and college credits at the same time.

"I get a lot of satisfaction out of serving these students," Muse says, adding, "I am hopeful that we will be taking people who have dropped out of college and teach them a specific skill so they will have success."

As a father of three, grandfather of eight and great-grandfather of six, Muse says he always encourages his tribe about their schoolwork. He often reads with them to engender his own zest for learning.

"In today's world, if you are going to have success, you will have to have an education," he says. "Most of all the jobs available require some education beyond high school."