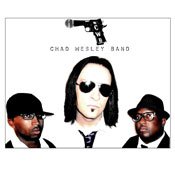 Happy New Year, Jackson! Is anyone else glad that 2011 is over? While we all had our good and bad times, I like the idea of starting anew and making positive changes.

With that said, I'm looking forward to hearing some famous and should-be famous local bands releasing new albums in 2012. Clinton and I are working on our first album together (my first—he's had a million), so I'm super tickled to get "my baby" made and out to the masses this year. Even though he's in California, we're still able to work on it. Thank God for technology and the folks who know how to use it.

Roots rocker Chad Wesley's EP, "Liberation," will make its debut in late spring or early summer. It will be available in more than 40 Internet markets. Wesley has Grammy-winner Kent Bruce engineering and producing this latest project. Singer-songwriter David Womack is working on his latest kids' CD as well as a Christmas single. Larry Brewer's new album, "Waxing Ardent," will appear sometime this year, and Randy Everett at Terminal Studios in Ridgeland is producing it.

Another local singer-songwriter, Jason Turner, is busy putting out a live album of this past year's performances in Starkville, Oxford and Jackson, and also has a studio album coming out in the fall that he will record in Nashville. Men of Leisure's John Hawkins has a new project called The Archtops, also featuring Steve Deaton of Buffalo Nickel, Denny Burkes of The Vamps, Adam Perry of Otis Lotus and Michael Laskin. The band will work on and release a new album sometime this year. The Church Keys have been working on a new album at Tweed Studios in Oxford and will release some red clay rock ‘n' roll in winter of 2012. Former Best of Jackson "Best Musician" award-winner Scott Albert Johnson is planning a June follow-up to his last successful album, "Umbrella Man," titled "Going Somewhere."

Esperanza Plantation darlings Johnny Bertram and the Golden Bicycles and Bear Colony will put out new albums in spring (if you missed their show back in December, it was stellar), and TTOCCS REKARP releases a new electronic-distributed EP.

On the local hip-hop scene, Pyinfamous releases his album, "Final Discussion," this March. Skipp Coon puts out a double album, with "love letters and freedom songs" in March and then a follow-up, "freedom summer 2," in June. Coke Bumaye plays the double-album card as well, releasing "Translation 3" in February, and "Old School Shoes and Tattoos" later. Local celebrity-activist-rapper and JFP columnist Brad "Kamikaze" Franklin plans to unveil his new music project in March, and his band, Storage 24, will release a new album in the spring.

In Jackson's indie-rock category, Spacewolf plans on releasing its second album, and Frank and the Meltones are working hard on a live album for the masses for the middle of the year. Drew and Sara McKercher's band, Ice for Eagles, plans to release "I Didn't Know It Was a Trap" and also are collaborating with Liver Mousse's Cody Cox and Caitlyn McNally on a project called Split 7.

Jackson has a new punk band called Hinges with a debut album that hits the streets this year. Mississippi native Jimbo Mathus and Tri-State Coalition will be at the Delta Recording Co-op in Coma recording a new album with a tentative release date of fall 2012. Mathus has Eric Ambel (former Joan Jett and the Blackhearts guitarist and producer of The Bottle Rockets, Blue Mountain and Steve Earle) to produce his new album, "Blue Heeler."

I hope all of you have a wonderful 2012, and please get out of the house to hear these talented groups of Jacksonians when they play. If you see me out and about, please say hello!