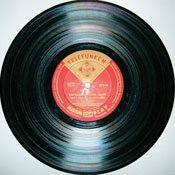 At a New Year's Eve potluck, James Crow (aka Herbert Brown) told me a tale of buying records at the FYE music store at Northpark Mall. He captivated me with descriptions of full record bins loaded with new albums and re-releases of classics. He came home with A Tribe Called Quest's "Midnight Marauders," among others.

Two nights later, after eating a roast-beef dinner with my wife, Catherine, and Cody Cox and Caitlin McNally of Liver Mousse, Cox told me the same wild story of a vinyl oasis at the mall.

I was going to have to trek out of the city limits and go to the mall.

And that isn't necessarily such a bad thing. Cox and Crow both told me of their general dislike of malls, and I sympathize with the stance, seeing as how malls are the Jungian archetype of humanity's consumeristic nightmares. I, however, look past that and kind of like malls, because when I go to one, I usually bring some sneakers or expensive jeans back with me.

We all have our thing.

But beyond general opinions on malls, there is the over-arching issue with buying music from said malls. We all know it isn't cool to buy music at the mall. That's where the lazy people who don't listen to good bands get their tunes.

That might be true in many instances. But I spent a lot of time during high school at both the Camelot and Musicland inside the Metrocenter (and the Be-Bop outside it), looking for Sub-Pop albums I had only dreamed about and Wu-Tang solo albums on cassette tapes, even though those never came out when they were supposed to. So, I wasn't new or opposed to this whole thing.

Without hesitation, on a slow weeknight, Catherine and I went to Northpark, walked into FYE, and there they were: bins full of records, probably a couple hundred altogether.

We pulled everything from Herbie Hancock and Pavement re-issues to new Lil Wayne albums. We saw a lot of things that we wouldn't mind having, but decided not to buy anything, mainly because we had spent the month's record money in Detroit a few weeks prior.

Then I stopped and thought to myself: "Maybe I should buy something. If we support this place, they will continue to get new records that we want to buy." And that seemed reasonable. I would love for them to keep those bins stocked. So we decided to buy a record we love but didn't have on vinyl: Erykah Badu's "New Amerykah Part One: 4th World War."

The irony of the whole situation is not lost on me. Think about it: I reasoned my way into thinking that it was a moral imperative to support the mall music store in the suburbs. This is the same kind of store that killed many independent stores in the '80s and '90s. (Digital music finished off the rest). But, as we have seen, things change in the music industry quickly, and the rules for those of us on the buying end are constantly evolving.

Toward the end of "Starship Troopers," Neil Patrick Harris' character, in a moment of matter-of-factness, says, "We're in this for the species, boys and girls." That's how I see this mall music-store thing. We have lost the independent stores and most of the mall stores in the past few years. They are a dying breed. I think it is worth the effort to support one of the last ones, even if it is in a mall I don't really like.