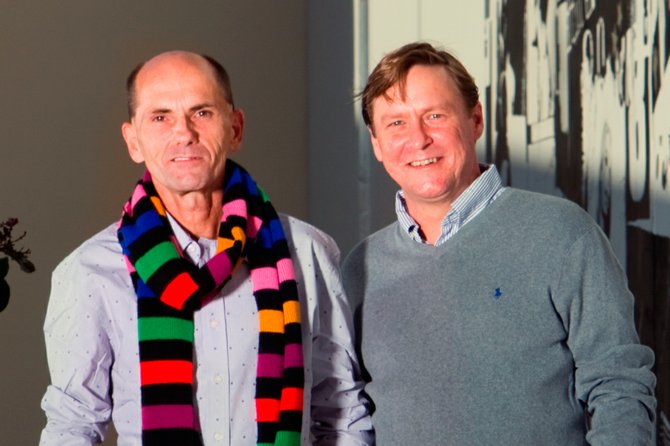 Larry Emmett, 55, co-founder of the Pizza Shack in Jackson, passed away last night following a battle with cancer.

Emmett is survived by Michael Parker, his partner of 20 years and fellow Pizza Shack co-founder. The couple first met and started dating in southern California. They moved to Maine in 1994, where they opened an ice-cream shop. A year later, the two were on their way to move to New Orleans after visiting friends in Nashville, Tenn. when their car broke down in Jackson.

Unable to get repairs with the money they had, Emmett and Parker took up residence at the Dollar Save Inn in Jackson. Emmett took a series of jobs in local restaurants such as IHOP and the now-closed Schimmel's Restaurant, while Parker stayed home keeping their four cats hidden from the motel's management.

The two came to like Jackson and decided to stay. They eventually moved into Belhaven, where Parker started attending Millsaps College.

On Dec. 7, 2009, Emmett and Parker married in front of a justice of the peace in Bridgeport, Conn.

"[Emmett] was the best, he's the best boss I ever had," said Tyrone Perry, general manager of the Fortification Street Pizza Shack. "He helped the needy and the homeless, he never turned his back on anyone, and he helped me back to my feet at a time when I was down. He will be missed."

Funeral arrangements for Emmett are incomplete at this time, but general plans are for the service to be held in Jackson and the burial to take place in Byram. Both Pizza Shack locations will be closed on the day of the service in honor of Emmett.

It's sad to lose such a nice guy at such a young age (my 55th birthday is in 3 weeks). I got to know Larry when he worked at Schimmel's. My wife occasionally helped Jay Schimmel with some catering events.

My favorite memory of Larry was this. Jay decided to open the restaurant for Mother's Day. He had never opened on Sunday before and was not sure what kind of response he would receive. The response was overwhelming to the point that people were lined up out to the parking lot waiting to get a table. Needless to say, everyone was working very hard to get the food out to the customers and the service was a little slower than usual. There was a small Jazz band playing and Larry decided to entertain the crowd and take their minds off the food that they were waiting for. Larry asked the band if they knew how to play the song that he wanted to sing and they said yes. He proceeded to belt out one of the most beautiful renditions of "Summertime" from "Porgy and Bess" that I have ever heard. All while still wearing his apron from waiting on tables and helping in the kitchen.