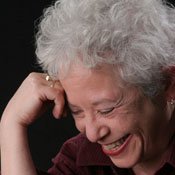 When many people think of the 1960s, they think of it as a political time with movements for civil rights and women's rights in the forefront. Singer, songwriter and author Janis Ian grew up in the culturally turbulent 1960s, which has inspired her music, including her iconic "At Seventeen." She has spent most of her life writing and singing about the world around her.

Ian, 61, grew up around music. "I went to a camp where everyone sings. My folks sang--my whole family sang," she said. "I listen to everything from 'N Sync to James Brown to Aretha Franklin to old-time classical music. It's all music to me."

She began writing and singing music at a young age--her first album came out when she was 14.

The greatest moment in her career came in 1975 when she won a Grammy Award for Best Pop Vocal Performance for "At Seventeen." The song is about adolescent cruelty and the illusion of popularity.

"I remember Ella Fitzgerald gave me a standing ovation," she said. Fitz-gerald called her "the best young singer in America."

Ian has released dozens of albums, received two Grammy Awards and nine Grammy nominations, and, in 2008, she wrote a critically acclaimed book, "Society's Child: My Autobiography" (Tarcher, $26.95). She plans to release a new album within the next year.

Ian says she owes all her success to her grandparents. "They came to America when they were 16 or 15 years old from Russia hoping to find anything," she says. "They worked their whole lives so I could have opportunities."

The world she has known has changed so much from the '60s to now. "We really believed the entire world would change, which it did, for better or worse. I wouldn't be playing in Mississippi in the 1960s," she says.

This will be Ian's first time performing in Mississippi. Her blend of blues and folk music is easy to listen to even when the lyrics lean into politics and social justice issues. "I'm excited," says Ian. At the end of every performance she loves to meet with her fans.

Janis Ian will perform at Duling Hall (622 Duling Ave.) on Thursday, April 26, at 8 p.m. Doors open at 6:30 p.m. Tickets are $20 in advance and $25 at the door and are available at Babalu Tacos and Tapas, the Mississippi Coliseum box office or online at ticketmaster.com. For more information, visit janisian.com.