‘The Other Side of Jackson' | Jackson Free Press | Jackson, MS

‘The Other Side of Jackson' 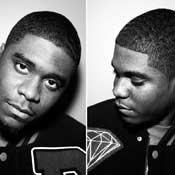 On April 3, DJ Young Venom and I were standing in the parking lot outside the North Midtown Arts Center watching Bob "Scrap Diggy" Nichols spin soulful house music on a pleasant Sunday evening to a sizeable gathering of many of Jackson's coolest folks.

Melvin Priester, who had just spun his own set under the name of DJ Hot and Lonely, walked up and said to us excitedly, "I have been waiting for this moment ever since I moved back to Jackson!"

Priester's excitement was shared by the rest of us who were in the crowd for the inaugural edition of the monthly "The Blast" party. The brainchild of Scrap Diggy, "The Blast" is billed as a party to provide Jackson's "cool, hip and diverse" crowd a place to come together "to express themselves at a venue," Scrap says. "We're creating an atmosphere where we can be free. It's a laid-back vibe where you can listen to tunes that you don't hear anywhere else. We're giving people the other side of Jackson."

Exposure is the name of the game for "The Blast." On one level, Scrap's mission, he says, is to "feed the people's brains and expose them to different things. We play music but we also teach. Exposure is knowledge, and knowledge is power." Soul, underground hip-hop, disco, house and rare groove are just a few of the genres that DJs at "The Blast" rock for the crowd. "If we can get one person to like one thing we play at 'The Blast,' then we've done our job," he says.

On a broader level, Scrap's mission is to expose people to the Millsaps Arts District, which, according to Scrap, is often overlooked in favor of other districts like Fondren.

A host of local artists, including Josh Hailey, Shambé Jones and Richard Stowe, call the North Midtown Arts Center home, and the center hosts a wide array of events, parties and concerts. Scrap houses the offices and studio for his screen-printing business in the center's loft.

"Ultimately, this is all about bringing awareness to the district and what we do here," he says.

The second edition of "The Blast" is May 8. It will build off the energy of the first one, and promises to be even bigger and better. Anchored by DJs including Young Venom, Tony Morris, Hova, Reign and Git Nasty Wit It, the second edition will also feature performances from Jackson hip-hop favorites Skipp Coon and Kamikaze.

Headlining the party is Meridian native and Def Jam recording artist Big K.R.I.T, whose recent mixtape "Return of 4eva" has propelled him into the national hip-hop spotlight.

Admission to the second round of the "The Blast" is a $10 donation, which will benefit Women of Words for Literacy, a local organization that promotes literacy and the arts through book clubs for kids and a number of other community-oriented projects. Working with non-profits will be a staple of "The Blast" moving forward, Scrap says.

This party-with-a-purpose idea is reminiscent of the early days of hip-hop, when parties were inherently interconnected with larger social issues, fostering an atmosphere of community awareness that gave parties meaning beyond just having a good time for good time's sake.

"People don't know we have hip-hop, soul and house movements in Jackson," Scrap says, referring to people inside and outside the city.

From exposing DJs and artists to raising funds for non-profits, "we are just trying to help everybody," he says.

"The Blast" goes down at 6 p.m. Sunday, May 8, at the North Midtown Arts Center (121 Millsaps Ave.) for ages 21 and up. Follow "The Blast" on Twitter @NmidtownBlast and at http://www.facebook.com/TheBlastEvent. Go to http://www.returnof4eva.com for a free download of Big K.R.I.T.'s new mixtape.