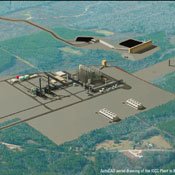 Public Service Commissioners remain divided on a costly new coal-burning power plant in Kemper County, even after a judge supported their decision to allow the plant.

Mississippi Power Company customers may be paying for up to $2.88 billion in costs for the new experimental coal-burning power plant, based on a Harrison County Chancery Court judge's decision. Mississippi Public Service Commissioner Brandon Presley said he still regrets a PSC decision allowing the plant, despite the judge's ruling, which favored his own commission's controversial decision.

"That decision the PSC made, I think, is going to force some businesses to close down when rates go up as much as they will," Presley said, adding that, "$2.8 billion is the most ever approved for one facility, and businesses and ratepayers are going to feel it."

Last year, the Sierra Club appealed a May 26 PSC decision granting a certificate of public convenience allowing Mississippi Power Company to build its coal-burning plant in Kemper County and to charge ratepayers for the costs to build the plant.

That decision saw two members of the three-member commission reversing an earlier order to cap the maximum costs MPCO could charge its ratepayers at $2.4 billion. Soon after the PSC's first decision, however, Mississippi Power Company issued a statement that it would not build the plant because it needed to be able to charge ratepayers for at least $2.88 billion in order to keep its credit rating in good standing. Weeks later, the commission adjusted its decision to allow the new higher cost, allowing Mississippi Power to break ground on plant construction late last year.

The Sierra Club sued the PSC in Harrison County Chancery Court, however, arguing that the judge should vacate the PSC's May 2010 decision and remand it back to the commission. The Sierra Club claims the PSC was "arbitrary and capricious" to approve the higher cost cap "without citing any new evidence or findings" to their earlier, more restrictive April 2010 decision. The Sierra Club also argued that the PSC failed to conclude that the public would benefit from the new power plant and that the commission did not thoroughly account for falling natural-gas prices and the increasing cost of offsetting carbon.

The environmental group says the commission should not have allowed the company to begin charging customers for the cost of the plant "without having the factual evidence before it that the commission claimed in its April order was necessary for a decision."

Mississippi Power would not allow the commission to make public estimated rate increases, which could amount to about 40 percent higher bills for ratepayers, if compared to the cost for constructing the similarly expensive Grand Gulf nuclear power plant, in Port Gibson. Entergy Mississippi customers financed its construction with rate increases averaging between 30 and 50 percent.

Judge Jim Persons, siding with a majority of the commission last month, wrote in his decision that his court "does not sit as a fourth commissioner, but as an appellate court with a limited standard of review." Persons opined that the commission knew what it was doing in reversing itself after days of holding hearings on the need for the new plant: "The commission spent a great deal of time and effort in reaching a decision in this case," he wrote.

Presley, however, never agreed to either of the PSC decisions allowing the power company to charge ratepayers, arguing that the company should instead put the costs on its stockholders, who stand to benefit from the increased revenue generated by the plant.

"[T]hey're building this facility not with their own money, but with rate-payers' money, and that's why I voted against it," Presley said.

In the exchange between Sierra Club attorney Robert Wiygul and state and commission attorneys, the judge expressed doubt regarding the increase. "Even if the 45 percent (rate) increase is reasonable under (Mississippi law), considering need and cost, what if they can't afford it?" WLOX news station 13 reported Persons saying last month.

"We're appealing this decision up to Mississippi Supreme Court," said Mississippi Sierra Club Director Louie Miller. "The paperwork is already together. We do not believe that the PSC's second decision last year was based upon findings of fact."

Mississippi Power spokesman Verdell Hawkins said in a statement that the company is moving forward. "We are pleased the recent ruling validates the decision of the Public Service Commission that the Kemper Project IGCC is the best alternative for meeting the projected energy needs of our state and the customers of Mississippi Power," Hawkins stated.