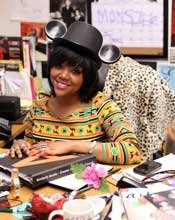 Kimberly Jacobs' 1,000-watt smile lights up the room as she hugs me during our first introduction. Without reservation, she begins to share her passion for promoting artists.

"My gift is to help artists get their work seen, make it look beautiful and do it with genuine care, love and pride," Jacobs says.

At 25, Jacobs is the community arts outreach coordinator for the Greater Jackson Arts Council and the curator of exhibits at the Arts Center of Mississippi. She is also the gallery director at "The Gallery" at Jackson State University's One University Place. Through her work, she often meets discouraged artists who have dreams of showcasing their artwork but don't know how to do it. Jacobs helps schedule exhibits for local artists and bring together the local art community.

"Art is meant to evoke emotion; be it happiness, wonder, doubt or fear," Jacobs says. It's these emotions she wants others to experience when they visit an exhibit.

"It started as an idea for a simple art opening, but it turned into a large event with between 700 and 800 guests," Jacobs says about Hailey's show. She is currently helping coordinate Figment, a free participatory art event at the old Cola Plant in May.

"The culture in Mississippi is deep and real, with amazing, unadulterated talent," Jacobs says.

A Jackson native, Jacobs earned her bachelor's degree in fine art from Jackson State University in 2009.

While attending JSU, she participated in the National Student Exchange allowing her to study art galleries at the University of Nevada Las Vegas. In December, Jacobs came on board to help develop "The Gallery" at One University Place, a multi-use development JSU recently completed. She plans to bring local and national artists to the commercial gallery, which is set to open early this year.

Jacobs believes that a strong art community is critical for Jackson's growth.

"Art is a catalyst for economic growth and development," she says. " It is also an opportunity to get kids involved and for people to work together."

"Nothing comes without faith and hard work," Jacobs adds. "I live to be an example."

CORRECTION: A previous version of this story reported Jacobs' age wrong, as well as the description of Figment. We apologize for the errors.