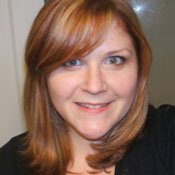 Throughout her childhood, Maura Johnson met her family around the dinner table to not only share a meal together but to talk about specific historical facts. They always read the news and newly released biographies and spoke of the importance of being familiar with history.

The deep roots of knowing and appreciating history is what brought Johnson to serve as education historian and volunteer coordinator at Old Capitol Museum in Jackson.

Johnson, 33, is working with others at the Old Capitol Museum to host the second annual Gathering on the Green. Civic organizations, state agencies and the city's museums also participate in this free festival. Local musicians Scott Albert Johnson and Wooden Finger will perform.

Johnson moved to Jackson from Gulf Shores, Ala., for her job in September 2008, and the new Old Capitol Museum opened its doors to the public in February 2009. The museum building, which served as the state Capitol from 1839 to 1903, features history of the state that teaches the public the dynamics of how Mississippi's legislative process works. The Legislature's vote allowing African American men to vote for the first time in Mississippi occurred in the Old Capitol.

"These buildings house so much history in their walls," Johnson says.

The Old Capitol Museum hosts Gathering of the Green to promote the city's special areas, like its green space.

"We want to promote what we have to offer Jackson families. A lot of people just don't really know what's in their backyard," Johnson says.

The Tchula, Miss., native earned her bachelor's degree in art from Delta State in 2000. She and her daughter, Macy, 3, live in Clinton.