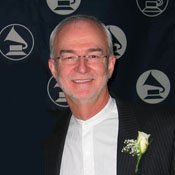 Jackson was born in Louisville in 1953. He learned to play banjo as a child and was already performing in the Grand Ole Opry by age 14. By age 20, he was an established recording vocalist, instrumentalist, songwriter and record producer in bluegrass and mainstream country music. Jackson quickly became one of the most sought-after contributors and collaborators in both genres.

Jackson recorded four country singles for Columbia Records in the mid-1980s, two of them Top 40 hits, and he appeared as a back-up vocalist for artists such as Tammy Wynette, Hank Williams Jr., Roger Miller, Dolly Parton, Merle Haggard and Garth Brooks. One of his most famous performances was his salute "Livin', Lovin', Losin' - Songs of the Louvin Brothers," featuring Johnny Cash, Ronnie Dunn, Marty Stuart, Linda Ronstadt and Del McCoury, which won the 2003 Grammy for Country Album of the Year.

Jackson also recorded a bluegrass album with Merle Haggard and an all-star set exploring Mark Twain's life in songs. Throughout his career, Jackson has regularly returned to Louisville for "Home for Christmas" concerts. He was inducted into the Mississippi Musicians Hall of Fame in 2006.