No More Excuses for JPD 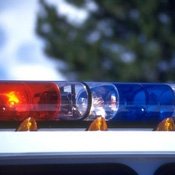 Sometime next year, the Jackson Police Department will have the largest force it's had in recent years. With the current police academy class of 33 recruits expected to graduate in the next few week, another academy class of 35 starting in January, and a third in April, the department could soon hit the 500-officer mark.

"When it comes to manpower, we shouldn't have anything to complain about," Assistant Police Chief Lee Vance told precinct commanders at today's weekly briefing.

Deputy Police Chief Grant Parker said the department is budgeted for a force of 500; a federal grant will help to hire about 25 officers, Parker said.

"The more patrol officers we have, the more tools we have to fight crime," Parker said.

In several areas, the extra resources will be welcome. The department also released the weekly major crimes report, which reveals a continued overall decline of major crime.

Despite the lower numbers, Assistant Police Chief Lee Vance instructed precinct commanders to be on the lookout for increased car thefts that occur this time of year when the mercury dips and people leave their vehicles running unattended.