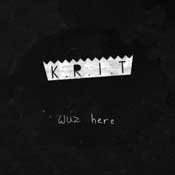 Geography dominates the hip-hop genre. Rappers are as identified with their hometowns as they are with their sound. Cities that ruled the airwaves defined most eras of hip-hop: New York in the mid-'90s, New Orleans in the late-'90s and Atlanta's crunk-centric mid-'00s. Mississippi, though full of rich musical history, was never a hip-hop lover's first stop. Or second. But Big K.R.I.T. is leading the charge to shine the national spotlight on the state.

The Meridian native, whose name stands for Kings Rule In Time, has set the Internet ablaze with his standout project "K.R.I.T. Wuz Here." K.R.I.T. was the sole producer on the 19-track opus, and it has become one of the most-talked-about releases of 2010. Listeners so well received the album that Def Jam quickly signed the Mississippian.

For southern hip-hop aficionados, K.R.I.T. is a familiar voice, as his honesty and drawl sound like a reincarnated Pimp C, while his lyrical ferocity is reminiscent of a younger MJG over soul samples and heavy bass lines that would make Three 6 Mafia proud.

Throughout the album, K.R.I.T. makes sure the world knows he's putting his home state on his back. On the exceptional track "Viktorious," K.R.I.T. declares this as Mississippi's time: "For years they been avoiding us, ignoring us/ the story will be glorious, victorious." The album features appearances from major names like Curren$y, Devin The Dude and Smoke Dza and can be found at http://www.DJBooth.net.