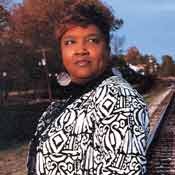 "Only Believe" begins on an upbeat note. On the first song, "Worship Him," Allen encourages listeners to rejoice and give God praise. As the album continues, it takes a more traditional approach, but it's never boring. Allen's style sticks to the mellow and sometimes churchy sounds of time-honored gospel, straying from a contemporary gospel sound, with its synthesized vocals and hard-hitting bass lines. The title track, "Only Believe," "Amazing" and "What Does God See" are all examples of her traditional sound.

Allen's favorite song on her album, though, is "What I Know." It is, she says, a condensed version of everything she was going through while making the album.

"I want (listeners) to understand that if your situation is like mine, this is how I got through it. I think we all experience similar situations, and if my way worked for me, then I think it should work for whoever is listening as well," Allen says, describing the connection she hopes to form with her audience.

The singer considers herself a writer first. And, she says, it's her favorite aspect of music making. Recently, Allen has worked with gospel artists Lamar and Laquisha Campbell, has shared the stage with gospel legend Shirley Caesar and has traveled abroad.

"Only Believe" is available at Bebop Record Shops in Jackson.