Domestic Abuse is a Pre-Existing Condition in Mississippi 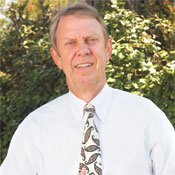 Mississippi Insurance Commissioner Mike Chaney expressed outrage today that the state of Mississippi is one of eight states in the nation, including the District of Columbia, which allows insurance companies to consider domestic abuse as a pre-existing condition with which to deny health-care coverage. The National Women's Law Center reported in April that the state of Arkansas passed a law prohibiting insurance companies to pull coverage for domestic violence survivors, putting a spotlight on the remaining states.

"The truth is we've got eight states in the union that count domestic abuse as a pre-existing condition, and Mississippi is one of them," Chaney told the Jackson Free Press. "I've got to get some of my lawyers to do some research on this, but we have only six mandated (conditions that must be covered) in our state statues, and we have 25 or more optional coverages, but domestic abuse doesn't seem to be one of them."

"Would I do something about it? Hell, yeah, I'd do something about it, but I'm a regulator, not a legislator. I have to come to terms with that every week," Chaney said. "The whole situation is bad. Let's say a woman works with a company that had Blue Cross/Blue Shield, and she gets beat up in her house and Blue Cross says 'we're not covering you because getting beat up is your pre-existing condition.' That's terrible."

Chaney explained that the law has to be changed at the Legislature: "They would have to change the statute to say that spousal abuse is a mandated coverage. We've done it before when we added coverage for mammograms and some other things."

"I didn't even know we allowed for them to deny coverage due to domestic abuse," Kirby said. "I wonder how long that's been on the books, because I certainly didn't pass it, and I've been on the committee for 12 years," Kirby said. "I would think that the chairman of the insurance committees in the House and Senate would consider seriously changing that law."

Kirby, who is a property and casualty insurance agent, said he did not think a state law change would impact insurance companies significantly.

"I can't see it making a lot of difference in the premium, and I think the legislature should really consider changing it," Kirby said. "I can't imagine there being so much domestic abuse that they would consider exempting it. I think the companies are probably paying for it and don't even realize that it qualifies as a pre-existing condition."

This is difficult to comprehend. Why would the insurance company do something like this? Trying to force people out of abusive relationships? If somebody lives in a high crime neighborhood, will they still cover medical treatment after muggings? Are they excluding medical care related to high risk sports as well, like mountain climbing or hang gliding? Will there be no coverage if somebody gets into a car accident while speeding or driving under the influence. Oh, hang on, most of the victims of domestic violence are women and we're already so expensive because we get ourselves pregnant. Gotta cut the cost where one can.

RhinosMom- They do it because they will most likely have to pay out more, not because they aren't trying to force anyone out of an abusive relationship. This needs to fixed soon,I still think some senators and reps. need a old-fashion ass-whoppin over this, so they will no what it's like to be abused. They do exclude medical coverage for high risk sports and even people who ride motorcycles instead of driving cars in some states.

BubbaT, I agree that things need to change. I doubt changing the legislation will make much difference though. If states make a list of conditions that have to be covered, insurance companies will find other conditions to exclude. After all, there are quite a few folks who agree that some people should be charged more - thinking of smokers here and there has been discussion about obese people - so their premiums may go down. Where should one draw the line or should the line be drawn? I am deeply concerned about the shift toward the bottom line and away from compassion and integrity in society in general. But I have a feeling that people have been concerned about just this thing for many generations and I'm not sure if things are really getting worse or if it is only perception. Still hoping we can be kinder to each other.