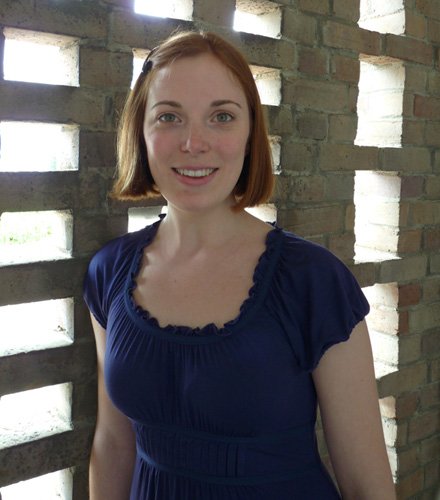 Originally from Birmingham, Ala., Jamie Holcomb came to Jackson in 2001 to study at Millsaps College.

"Going to Millsaps really helped shape my sense of social justice," 26-year-old Holcomb says. "I was able to explore other religions and cultures; Millsaps showed me a whole new world."

After graduating in 2005, Holcomb worked with the Shoah Foundation, an organization based in California that encourages the study of the Holocaust through outreach to secondary school educators and students. Holcomb single-handedly piloted this program in Jackson by working with teachers in the Jackson Public School system. After a year with the foundation, she decided to attend Johns Hopkins University in Maryland to earn her masters degree in public policy.

After graduate school, Holcomb set her sights on Washington, D.C., where she became a presidential management fellow in the office of the Secretary of Health and Human Services.

Holcomb was interested in early childhood policy and child care, but the job wasn't a good fit for her. She wanted to be an advocate for social justice, not a civil servant. "It was tough to sit in the office when I wanted to be out with the people who needed help," she says.

During her time away from the South, Holcomb kept up with the city by reading several different Jackson newspapers. After three years, she learned that the Women's Fund of Mississippi, an organization that addresses the philanthropic needs of women and children, was hiring a program director. She had volunteered with the organization in college, so she knew it would be "the perfect job."

"I believed in its mission: That when a woman is secure, both financially and physically, her family is secure," she says.

Holcomb acknowledges that Mississippi has a long way to go in terms of women's financial stability, but says, "At the end of the day I wouldn't be doing what I am doing if I didn't think it was possible for women and girls to be thriving in this state."

Through the Women's Fund, Holcomb is once again able to work with the people of Jackson. She loves living in Belhaven, and even encourages her friends up North to move to the neighborhood by sending them apartment listings.

"I can't think of any other place I'd rather be. I love my job and the people here," she says.

I've seen her at Rainbow before. She's cute. It's always nice to learn more about members of the community I see around me. I wish her the best of luck with her job here.

There are some really, really cool people in this city...