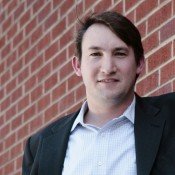 Despite the looming recession threatening to disrupt and weaken local economies all across the nation, the Fondren business district is flexing its muscles.

Ron Chane, owner of Studio Chane, Swell-o-Phonic, and Wilai, will be relocating from his current location in the southwest corner of the Rainbow shopping center to a suite in Fondren Corner.

"I haven't signed on the dotted line yet, but I'm 95% sure this is going to happen," Chane says.

Chane will sell the ramps that currently fill the small skate park behind the skate shop.

"We are going to take the skate park to another level. We will build smaller ramps and order modular ramps that skaters can rent during the week," he says. "We'll also make the skating contests bigger community events and host them on top of the parking garage in Fondren corner."

It will be the sixth location for the storied skating enterprise, which also sells merchandise in New York, and if all goes according to plan, in London in the not-too-distant future.

Chane hopes to be in the new location by August 17th.

"It was time for a reinvention, but we will never leave Fondren. That is one consistency in our otherwise inconsistent history."

Elsewhere in Fondren, many Jacksonians were saddened to hear about national chain pharmacy CVS purchasing Brent's Drug Store's pharmacy. The historic drug store/soda fountain, a Jackson landmark since 1946, seemed doomed to become another forgotten local treasure when Jackson-based attorney Brad Reeves stepped in to save the day.

"I read an article in the paper in April saying the future of the soda fountain was up-in-the-air. I called the owner, Randy Calvert, during lunch that very day and asked him about it. He said I should drop by that evening and talk about buying it," Reeves says.

Reeves was initially reluctant to purchase the space, but hated to see the soda fountain disappear.

"I grew up going to the soda fountain and getting lunch. This is a special place in Jackson," he says.

Reeves is now the proud owner and has big plans for the business.

"We are going to reupholster the booths, expand the dining section and bring back the gift section. Hopefully add breakfast items soon," he says.

Reeves is excited about his new venture and says he is just happy to keep the place alive.

This is good news about Brent's. In my dreams, Brent's would have longer hours so I could go there more often. But I'm just glad to know it's not going to turn into a *shudder* CVS.

Brad is a great guy with tremendous class. He will take a Fondren Landmark to the next level and Fondren will be better for it! I can't wait!