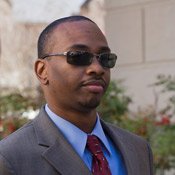 The Jackson City Council agreed to finally pay attorney's fees for former city employees Marcus Wright and Michael Recio today. Former bodyguards of deceased Mayor Frank Melton, both men were with Melton when he oversaw the illegal demolition of a home on Ridgeway Street in 2006.

Both pleaded guilty in federal court for their actions related to the demolitionWright pleaded guilty and cooperated with prosecutors in the weeks leading up to the February trial, while Recio pleaded guilty after Melton's death in May. The city is not obligated to pay court fees for city employees when city attorneys find they have acted outside the scope of their employment duties (a determination that often follows a successful court conviction). Prior to the federal trial, however, a Hinds County Circuit Court jury found all three men, including Melton, innocent of all charges related to the same destruction. The attorneys' fees concern the state trial, but the council had doubts considering the bodyguards' federal guilty pleas. The council refused with a 3-to-3 vote last October to pay the $150,000 bill for Melton's 2007 state legal fees, although it agreed in a 3-to-2 vote this June to pay his $37,000 bill for representation in the federal trial.

Council members, including Ward 7 Councilwoman Margaret Barrett-Simon and former Councilmen Leslie McLemore and Marshand Crisler, had argued in the years leading up to the federal trial that the bodyguards' defense attorneys were charging an exorbitant amount for services when all they really did, according to McLemore, was "follow the lead" of Melton's attorney Dale Danks. The council voted down a similar authorization vote to pay legal fees last year.

Wiell suggested referring both matters to the council's Rules Committee, but Council President Frank Bluntson, an unwavering Melton supporter who had defended the payment of Melton's fees in 2008, said he was eager to settle the issue in favor of paying the attorneys.

"This is the will of the chair," Bluntson said. "If you want to vote against the chair, you're welcomed to do this, but the chair is willing to move on with this. We have the city attorney making a recommendation for us, and we should do this."

The council voted 4-to-1 in the settlement of fees for Wright and 5-to-1 in favor of Recio's fees, with Weill voting against the authorization in both votes. Councilman Charles Tillman was not available for the first vote, while Barrett-Simon did not attend the council meeting this morning.

Weill, who is still concerned about paying the fees following the bodyguards' guilty pleas in federal court, said he was working with council members and city legal "to come up with a policy to address these issues in the future."

"We don't have a rough draft, but we should have one the first of the year as we go through the process," Weill said.

"I would hope that consistency would be the order of the day. If we've been paying them in the past then we must continue paying them. If we're not, then let's not. We can't pay for Joe and not for Al," Stokes said.

This was the right thing to do. Thumbs up to the council. Whether you agree or disagree with the actions of Recio and Wright; the city has had a policy of paying such fees. This is good because it allows employees to get private counsel in situations where the city may not want to represent them directly.

In my opinion, and in the opinion of several lawyers I have discussed this with, by paying the legal fees of Melton and Co., the Council has given tacit approval to the actions of Melton and Co., leaving COJ more vulnerable to higher civil penalties. Tacit approval, in my opinion, means that the elected Council body that has has FINAL oversight and supervision of the staff of the COJ's administrative arm, the Mayor's Office, has stated unequivically that Melton and Co were acting with the full approval of COJ and the Council. By not approving the payments, they could at least argue that Meltonand Co. were acting outside of their official capacties as COJ employees, (i.e. rogue actors). Good thing Lumumba is now a council person. An attorney of his caliber and expertise would have a field day and a hugh pay day with the claims of the owners of the Ridgeway property and the Upper Room. The actual property damage penalties would probably be minimal, but the punitive damages could be record breaking. Again, all in my opinion. I have written, discussed, and received written responses on my opinion with several past and present Council members and at least three of them agreed with my assessment. To say Melton and Co. should be reimbursed for their legal fees due to a so called unwritten COJ Council policy is, in my opinion, not good or logical stewardship of COJ and citizen resources. Didn't any of the Council persons put this question to the Mayor and the City Attorney, in writting, for a written opinion. There's an old adage "if it isn't written down, it never happened". The Mississippi Supreme court has ruled that the only Jacksonians with legal standing to ask this question would be our Council representatives. In fact the Council persons might be made indivdual parties to any litigation. I recommend that the Council, in their new and upcoming policy try to make COJ liable for any judgements against them as as individuals as they perform their duties as Council persons. Of course if they do try to do this, I would consider this an acknowledgement that they know they have placed COJ and themselves in jeopardy and they are now attempting to imdenify themselves, maybe even retroactively. Kenny Stokes has made it known that this is why he USED to never vote to approve the COJ payment docket as he didn't want to be held personally responsible for the actions of the Mayor's staff, including the City Attorney, without the Council being given independent legal advice. Can any legal eagles out their provide a more credible assessment tahn mine of the possible and probable financial damage this vote could subject COJ and the Council to? I am definitely an amateur when it comes to the law.

I will be calling my councilman yarber to let him know that, while he agrees to pay for criminals south Jackson could have used that money to mentor young black males. Even help some to get their GED.