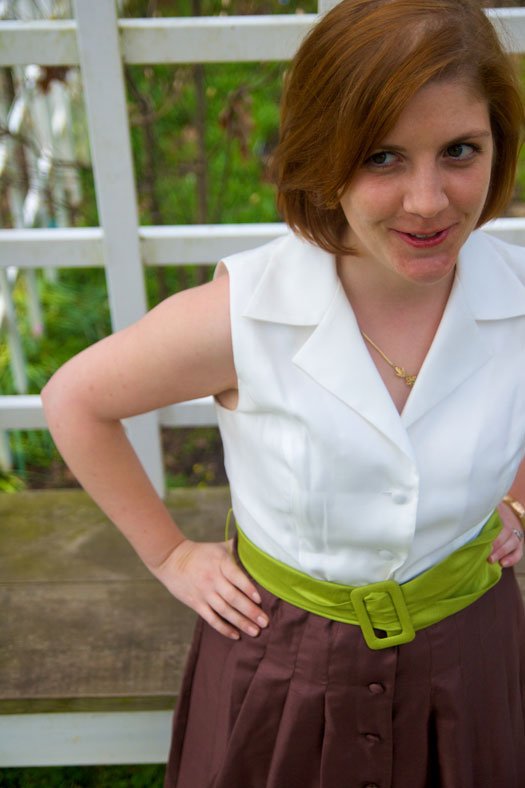 When I asked Amy Steadman who dead or alive she would invite to a dinner party, it was apparent that she had thought of this before. She chose her favorite writers, among them Evelyn Waugh, George Saunders, David Foster Wallace and, of course, Eudora Welty. Then added politely: "And Abraham Lincoln is also invited ... even if he was a horrible poet."

While working in a museum in Tennessee, Steadman learned of an opening for the curator of the Eudora Welty house. "I had always wanted to work at a literary house museum," she says. "In graduate school I remember lying in bed wondering what museum it would be, and I had always envisioned a woman writer."

She took the job and moved to Belhaven in 2004.

Steadman describes her job as curator as "interpreting artifacts, understanding material culture and giving tours, to dusting." Steadman met her husband, Richard Branyan—who is a furniture conservator—when the museum hired him to work on the Welty furniture.

"Richard and I always joke that he has a degree in waxing, and I have one in dusting," Steadman says.

Steadman knew of Eudora Welty—whom she lovingly refers to as "Ms. Welty"—before she came to Jackson; but it was seeing Welty's eyeglasses at the house that made her truly connect with the writer. "Her glasses are the most intimate object in the house. She used them every day," she says. "I imagine her putting them on. ... That's how she read, that's how she wrote."

Originally from upper East Tennessee, Steadman says she is just now beginning to appreciate her roots. She holds strong to Appalachian customs, including the superstitions. "If a bird gets into the house, someone is going to die." This saying was familiar to Welty, who wrote about it in her book "The Optimist's Daughter."

On each tour of the house she gives, Steadman speaks about Welty's connection to books and her love of learning. "I believe that even if Ms. Welty had not become famous, she would have continued to write. She believed in the importance of pursuing your own creative endeavors," she says.

As curator of the Welty House, Steadman feels fortunate, even if it broke her mother's heart: "My mother wanted me to be a librarian," she says. "I'm like, ‘I have 5,000 of Ms. Welty's books; it's just people can't check them out."