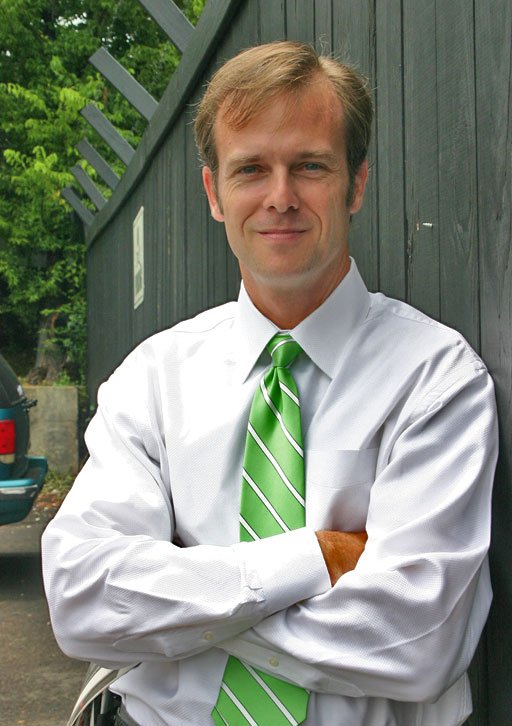 John Sewell plays many roles in Jackson, from his day job as the director of corporate communications at Blue Cross Blue Shield to his position on at least five boards, including the Mississippi Symphony Orchestra, Parents for Public Schools and the Fondren Renaissance Foundation. He is also a husband and father of three.

Sewell was raised in Jackson and graduated from Millsaps College in 1987 with a history degree. He then spent nearly 10 years moving from one job to another. He was in Washington, D.C. for two years, working first on Wayne Dowdy's Senate campaign, then with Rep. Donald Payne of New Jersey. When he returned to Jackson, he worked with then-Gov. Ray Mabus as a speechwriter. He later became director of communications for the Mississippi Economic Council, then moved on to manage Scrooge's restaurant. He even sold bubble gum.

"Everything I've done I learned from," Sewell said. "You know what I learned trying to sell Bubbalicious at a bait shop in Glen Allan, Miss.? I learned how to deal with people."

Ten years ago, Sewell went to work for the Mississippi Symphony Orchestra and did a one-year stint as the executive director. It was there that he began to get more involved in Jackson.

"When I was at the symphony, I would look at the board and think: 'God, these people are so involved. They're doing so much work, and I would really love to do that.' So that got me to the point of where I am now, being on so many different boards," he says.

Sewell's current project is the second annual Mississippi Blues Marathon set for Jan. 3. He is helping coordinate a 26.2-mile run through Jackson, starting and ending at Fondren Corner. His goal is to bring 3,000 runners to Jackson from all 50 states.

For Sewell, the biggest reward of last year's marathon was the response from Jackson's first-time visitors.

"To read what people are putting on their blogs about Jackson, they're saying: 'Jackson's a great city. There's lots to do. The people are awesome.' It was just refreshing to hear those kinds of comments from people in Minnesota who had never been here before," Sewell says.

Between working and promoting Jackson, he takes his sons to the hardware store on Saturdays and has lunch at Brent's Drug Store. He and his wife, Kim, live in Fondren with their children.