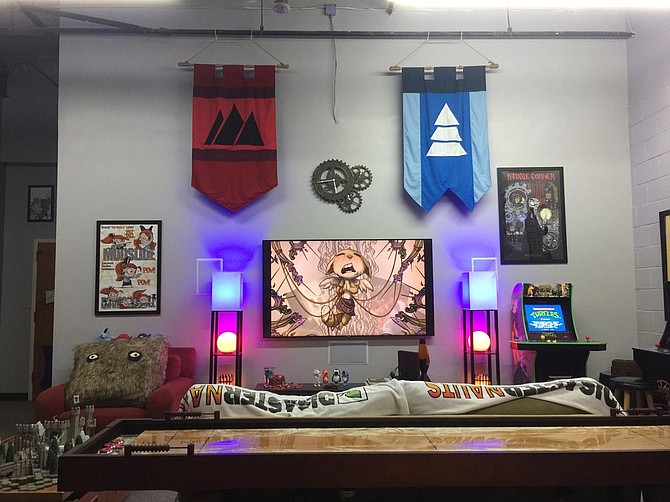 The Game Room, which also contains a gaming table, several press-and-play arcade games, and a bar kept from a promotional video for “D6” that the studio released depicting a tavern scene. The area is available to the public during the studio’s monthly “First Friday” events, which are currently on hiatus due to COVID-19. Photo by Nate Schumann