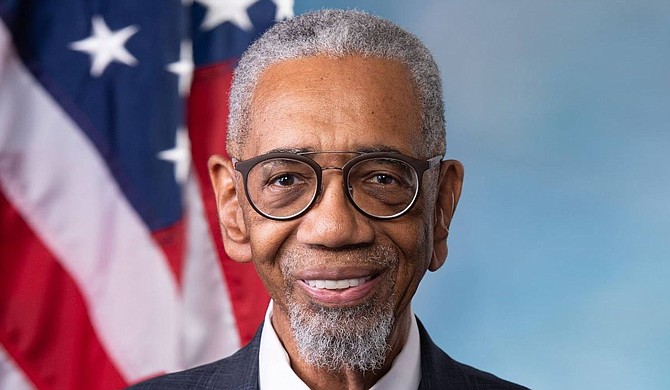 “Lynching has always been a terrorist weapon in the hands of racists in the history of our nation," Illinois Democratic Rep. Bobby Rush said in an interview earlier this year. Just as important, he added, is that it remains so — a continuing weapon to “promote racialized terror." Photo courtesy Rep. Bobby Rush

President Joe Biden is expected to sign into law the first bill that specifies lynching as a federal hate crime. The Emmett Till Anti-Lynching Act, which Congress passed on March 7, enables the prosecution of crimes as lynchings if they are done during a hate crime in which the victim is injured or slain.

A 2020 version of the bill set the maximum sentence as 10 years. The one Biden will sign comes with 30 years in prison and fines for anyone conspiring to commit an act of lynching that causes death or injury.

“Lynching has always been a terrorist weapon in the hands of racists in the history of our nation," Rush said in an interview earlier this year. Just as important, he added, is that it remains so — a continuing weapon to “promote racialized terror."

Here is a deeper look at the bill.

WHY DOES IT MATTER?

In 2015, the Equal Justice Initiative issued a report that detailed more than 4,400 documented racial terror lynchings of Black people in America between 1877 and 1950.

The Montgomery, Alabama-based nonprofit later reported that during the 12-year period of Reconstruction following the U.S. Civil War, at least 2,000 Black women, men and children were victims of lynchings.

The Emmett Till Anti-Lynching Act is “clearly symbolic,” in addition to having teeth, said Damon T. Hewitt, president and executive director of the Lawyers’ Committee for Civil Rights Under Law.

“No doubt about that, especially given the long road it’s taken to have any federal anti-lynching legislation, at all,” Hewitt said, adding that the 30-year sentence is valuable because state charges and convictions are not guaranteed to stand. “Even if they somehow are able to appeal the underlying sentence, you still have the federal charge."

Acts of violence, including those where the race of the victim is a factor, are covered under state laws, according to Matthew Countryman, Afroamerican and African Studies chair at the University of Michigan.

WHAT IS LYNCHING, PRECISELY?

Lynching typically is understood to mean illegal mob actions that result in the slaying of a person based on race without due process for the victim. It became prevalent in the United States, especially in the nation’s South, during Reconstruction and extended through the end of the 1800s and into the 1900s.

Most often the victims were Black, but people of Mexican and Asian descent also were victimized because of their skin color and ethnicity. For Blacks, lynching was meant to instill fear and terror — and was used to keep them from voting, protesting and pursuing education.

“It was during Reconstruction that America’s modern definition of lynching as an act of white solidarity and a racialized form of social control was forged,” she said.

ARE THERE RECENT EXAMPLES OF LYNCHING?

Says Rush, the bill's sponsor: “Lynching is just covered in a different camouflage. The rope has been replaced with a shotgun and semi-automatic weapons."

Some examples of what could fall under that definition:

—The 2020 slaying of Ahmaud Arbery in Glynn County, Georgia, in which the 25-year-old was jogging when he was followed by three white men in pickup trucks and killed. A federal jury recently determined that incident was motivated by racial hatred.

— The 2015 fatal shootings of the Black pastor and eight other Black congregants at Emmanuel A.M.E. Church in Charleston, South Carolina, by Dylann Roof.

—In 1998, James Byrd, Jr., a Black man, was dragged to his death behind a pickup truck near Jasper, Texas, by white men. An avowed racist was executed in 2019 for Byrd's killing. John William King had a tattoo on his body of a Black man with a noose around his neck hanging from a tree, according to authorities.

In the early 1920s, the NAACP began its efforts to pass an anti-lynching bill. Federal hate crime legislation eventually was passed in the 1990s — decades after the civil rights movement.

“What the Emmett Till Anti-Lynching Act does is nationally acknowledge what Black folks have always known, and that is that racialized violence is endemic to America’s way of life,” Ore said.

WHO WAS EMMETT TILL?

Till, 14, was visiting relatives in Mississippi, from his home in Chicago in 1955 when it was alleged that he whistled at a white woman. He was kidnapped, beaten and shot in the head. A large metal fan also was tied to his neck with barbed wire. Till's body then was thrown into a river. His mother insisted on an open funeral casket to show the world what had been done to her child.

Two white men, Roy Bryant and his half-brother J.W. Milam, were accused, but acquitted by a jury of all white men. Bryant and Milam later told a reporter that they kidnapped and killed Till.

Countryman called Till’s mother’s actions an “extraordinary campaign of shame on the nation.”