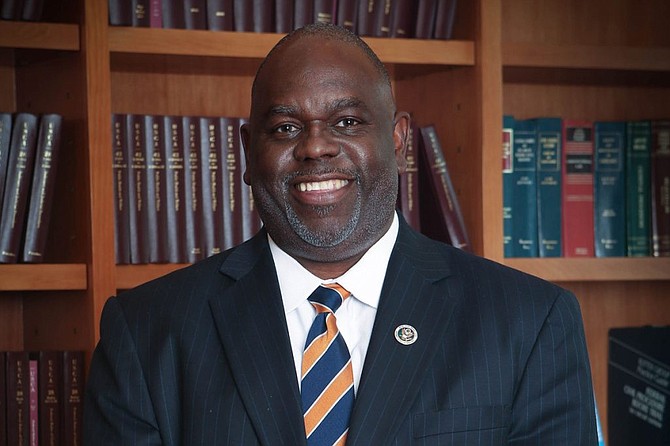 A federal judge has declared Hinds County in contempt of court, setting the path for receivership proceedings after the county, in a Jan. 21, 2022, motion, sought to end the consent decree at the Hinds County Detention Center in Raymond. The decree has been in place since 2016 due to poor safety conditions, broken locks, unlawful detainment and numerous other problems at the jail.

In the Friday, Feb. 4 order, U.S. Southern Mississippi District Court Judge Carlton Reeves said that although the motion to terminate the consent decree suggested that the county no longer violated the incarcerated citizens’ constitutional rights, the evidence does not support that claim.

“The motion instead appears to be a last-ditch effort to prevent a federal takeover of the Raymond Detention Center,” the order declared.

The court cites non-compliance with provisions to protect inmates from harm, use of force training and review, incident reporting and review, sexual misconduct, grievance and prisoner information systems, restrictions on the use of segregation, lawful basis for detention, continuous improvement and quality assurance. The judge explained that the county’s termination motion claimed victory for the 62 of 92 requirements because it recorded sustained compliance in three and partial compliance in 59.

“But that leaves more than two dozen provisions where the County is simply non-compliant with a Court Order,” Reeves said. “For each of those, the County is in civil contempt.”

Continuing to slam the county’s motion to terminate the consent decree, Reeves said the move was just a shift of legal strategy, seeing that the county had previously asked the court to delay contempt proceedings until July 2022 to allow it more time to comply.

“In that response, the County begged this Court to delay its decision on contempt until July 1, 2022, so that it could continue ‘turning the RDC battleship towards a new and better heading,'” he wrote. “Apparently, the County and its new attorneys decided to just abandon ship, and instead spent their time engineering a position antithetical to all of the County’s prior representations.”

‘A Receiver Therefore is Appropriate and Necessary’

The U.S Department of Justice responded to Hinds County’s motion to terminate the consent decree on Jan. 27, 2022. The DOJ lawyers argued that the court should hold the county in contempt and deny the motion to end the 2016 consent decree because the defendants’ failure to comply fully with 88 out of the 91 provisions had harmed detainees.

While the DOJ Civil Rights Division Special Litigation Section trial attorneys Christopher N. Cheng, Sarah Steve and Helen Vera are representing the federal government in the case, other officials have their names on the court filing.

“Defendants’ widespread contempt of the Consent Decree shows they are unwilling or incapable of fixing the constitutional violations at the Jail on their own,” the department wrote. “A receiver therefore is appropriate and necessary.”

They asked, and the judge agreed to postpone for 60 days the automatic stay in the implementation of the consent decree.

Based on the Prison Litigation Reform Act, a motion to terminate the consent decree triggers an automatic stay on the decrees mandates, 30 days after filing, but the court may postpone it by 60 days for “good cause.” The DOJ told the court that the stay was necessary because of a current constitutional violation, the resulting harm and the complexity of the termination motion. The county did not oppose the motion.

The DOJ said that county officials have “repeatedly ignored or dismissed technical assistance recommendations made by the Monitor, consultants, and the United States.”

They said that they had earlier filed for contempt against the county in June 2019 for noncompliance and settled for a January 2020 stipulated order, which contained short-term remedies. At that time, the county had been in sustained compliance with only one of the 92 consent decree requirements.

“Despite the Stipulated Order, Defendants continued in their pattern or practice of constitutional violations, and continued their widespread non-compliance with the two remedial orders,” the department added. “Indeed, nearly two years after the Stipulated Order, the Monitor’s fifteenth and most recent compliance report of November 24, 2021, concludes Defendants are in substantial compliance with only three of the Decree’s 92 substantive provisions.”

As a part of the argument for the court to hold the county in contempt, the department said that Henley-Young also has its problems, including poor staffing, supervision, and lack of programs for youth charged as adults. It accused the county of slashing youth-care professional positions at the jail from 49 at the time of the consent decree to 42, and by October 2021, had filled only 24.

“Leadership turnover, delays in hiring clinical staff, and a lack of long-term planning have also slowed reforms,” the DOJ added. “The above current and ongoing failures in supervision, treatment, care, and education for youthful detainees will continue, and increase, without the Consent Decree.”

A latest leadership turnover to hit the Hinds County Detention Center involved former Jail Administrator Kathryn Bryan. After a decision clash with former interim Hinds County Sheriff Marshand Crisler, she tendered her resignation Nov. 10, after five months in office. She complained of lack of support, and described, according to court documents, a recent directive from Crisler that she found “reckless and dangerous.”

In the Jan. 27 brief, federal lawyers said that recommended changes in the consent decree were “critical to protecting youthful detainees from unconstitutional substantial risk of serious harm from physical violence, inadequate mental health care and other programming, and inhumane conditions of confinement.”

The federal lawyers accused the county of not implementing a process where acquitted detainees are released directly from the court “rather than returning to the Jail in handcuffs,” and do not investigate incidents of untimely or erroneous prisoner releases.

County Lawyers: DOJ Has Not Proved its Case

In response, the county attorneys said in its Jan. 31 filing that the DOJ’s response did not demonstrate “current and ongoing” constitutional violations at the jail, the consent decree was not excessively intrusive, and a receiver is “unnecessary and constitutes the most intrusive-means to cure the alleged ‘current and ongoing’ violations.” Phelps Dunbar, LLP attorneys Reuben V. Anderson, W. Thomas Siler Jr. and Nicholas F. Morisani signed the county’s response.

In an order dated Jan. 10, Judge Reeves had written that by Jan. 19, the parties should submit names of two to three potential receivers and stated at the time that he planned to rule on the case in February. Five days before the Jan. 19 deadline, Hinds County said it wants to terminate the consent decree.

“The County thus respectfully asks that the Court hold in abeyance any decision to engage in such an extraordinary use of power until July 1, 2022, to allow the County additional time to continue its ongoing efforts and to prove it can make even more significant, positive change at the RDC,” the county lawyers had written in December 2022. But one month later, Jan. 21, 2022, they changed their tune asking the court to terminate the consent decree.

“Accordingly, because the consent decree’s policies and provisions exceed the constitutional minimum necessary to provide the County’s inmates with basic sustenance, and the conditions of the County’s facilities do not violate the inmates’ basic constitutional rights, the consent decree must be terminated or, alternatively, modified pursuant to 18 U.S.C. § 3626(b) of the PLRA,” the county lawyers later argued in the Jan. 21 court filing.

“Fast-forward to October 2021, the county’s compliance with the consent decree paints a different picture,” they added. “The monitoring team found the County in either sustained compliance or partial compliance with nearly seventy-percent (70%) of the consent decree’s policies and provisions; a far cry from the monitoring team’s first visit and a clear reflection of the positive, upward trend of operations at the RDC.”

“Hinds County decided to commit to the Consent Decree and the Stipulated Order. Twice it agreed that their provisions were narrowly tailored and the minimum necessary. It should have to live with that choice until it fixes RDC,” he added.