Official: Prisons Should be 'Training Centers,' Not Punitive 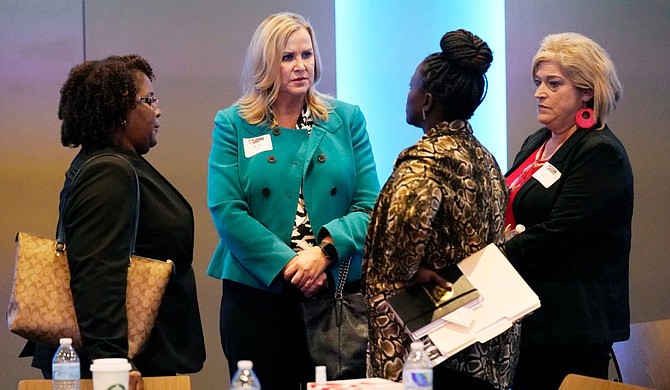 JACKSON, Miss. (AP) — Mary Johnson felt her self-confidence take a hit when she was imprisoned in Mississippi in 2012.

Johnson had gone to school for accounting and worried that the stigma of serving prison time would prevent her from working again or having a normal life.

A top Mississippi corrections official said he no longer wants prisons to be seen as punitive institutions, but as “training centers” where people build skills that can help them find employment and maintain stable relationships once they are released.

“The punishment is deprivation of liberty — let's not add to it in other ways. We want to help them get better," said Pedro Morena, deputy commissioner for division programs, education, re-entry and vocational rehabilitation at the Mississippi Department of Corrections.

He said he meets a lot of people, like Johnson, who lack confidence while in prison. They see themselves as only inmates, instead of people with more complex, multifaceted identities.

“It’s the worst, most destructive thing we can have," Morena said, of “negative self-talk.” “If we can change our mind and see ourselves as aspiring for something else — as an employee — then our behavior changes."

Morena said the department is looking to expand those programs. Recently, there's been interest in welding at CMCF, so staff is setting up a trailer with eight welding simulators for people to learn and train on.

Mississippi Prison Industries has programs inside prisons where incarcerated people can work in garment, metal and wood shops.

Morena said it will take more than instituting new programs to change the culture in the prison system — it also will require a change in institutional mindsets.

“The correctional officers, all the way to the wardens and superintendents, need to understand that these are places for rehabilitation, for correction, for change for the better," Morena said.

To help make that change, the Department of Corrections and the state community college board are designing a program for correctional officers to take criminal justice classes and possibly earn degrees. Correctional officers will have the opportunity for incentives such as pay raises if they complete the programs.

“We know that the entire culture of the prisons need to change and we need to lift everyone up to a new level," said Audra Dean Love, Mississippi Community College Board assistant executive director for academic and student affairs.

Johnson said she thinks those programs will help incarcerated people.

“I think that would play a big role in the attitudes of people coming out, if they had someone working with the inside that is working with them to help support them and treating them better," she said.