OPINION: Like Hard-Packed Soil, The Danger of Being Right 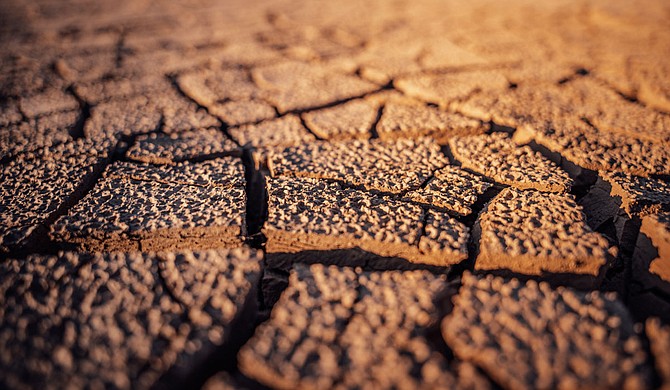 Richard Conville suggests a way to get past the “hard-packed soil” of division. Photo by Rory McKeever on Unsplash 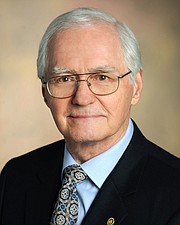 Much is made of the great gulf that separates competing sides in the current cultural, political, and religious contests that mar our social and media landscapes. But "gulf" may not be the best visual image to use. Two reasons. There are so many issues out there that there must be many gulfs, not just one; and "gulf" makes it seem like the problem is "out there" somewhere; something I can walk away from.

However, a better way to look at those contests, I suggest, is to look inward to ourselves, not to something outside us. Recently I discovered a poem by the Israeli poet Yehuda Amichai that drove this point home for me.

From the place where we are right, flowers will not grow.

The place where we are right is hard and trampled, like a yard.

But doubts and loves dig up the world, like a mole, a plow.

Hard-packed soil does not grow flowers in the spring, nor any other kind of plant in any other season. If I am convinced that I am Right (with a capital R; on either side of any one of those many gulfs), my mind is like hard-packed soil. It keeps out any seed that might happen to land there and sprout a new thought (about my rightness).

But then, the poet seems to ask, what softens hard-packed soil, makes it welcome that seed that may fall on it? Doubts and loves! Two very different cultivators to be sure. Doubts launch a frontal assault on positions ("like a plow?"); loves come obliquely ("like a mole?"), evoking emotions.

Now, shift gears. A friend of "On Being" host Krista Tippett's, Whitney Kimball Coe, of the Rural Assembly (a group trying to bridge the rural-urban divide) wrote her friend a note recounting a recent hospital experience that, you will see, will bring us back to the hard-packed soil and plows and moles.

Whitney's daughter, Susannah, took a nasty fall, and that's why it's a hospital story. I'll let Ms. Coe take up the story there: "You know, our hospital experience put us directly in the path of so many wonderful East Tennesseans. Nurses and technicians and doctors, the other parents waiting in the ER, the parking attendant, the security guard.

"I'm sure many of them didn't vote as I did in the last election and probably believe the events of Jan 6 were mere protests, but they responded to our trauma with their full humanity," she continued. "I'd forgotten what it feels like to really see people beyond their tribe/ideology. It broke something open in me."

She went on to confess, "I've been living in a castle of isolation these many months, and it's rotted and blotted my insides."

A few sentences later, reflecting on the experience, she observed: "No meme nor Twitter post nor op-ed nor breaking news nor TED talk can soften and strengthen our hearts like actually tending to one another."

"Tending to one another." Being tended to in that ER brought to her, as the poet put it, doubts and loves: doubts about her "rightness" because of the love they showed her in her distress. Is that it—the thing we need to see, inside, instead of the "gulf" outside?

Being tended to worked like a plow and a mole to loosen the hard-packed soil of Whitney's "rightness" in her opinions of others, those "East Tennesseans." She was used to seeing them only in their tribes and ideologies. Being tended to, however, "broke something open" in her and allowed her to exit that "castle of isolation" she had built for herself.

What social divide haunts you and me the most? Rural-urban, like Whitney Coe's or insider-outsider or Republican-Democrat or Evangelical Christian-Progressive Christian? Whatever it is, it may be, it could be, that what happened to that distraught mother in that East Tennessee ER could happen to you and me.

Reaching out (or across or over) to tend to one another may be a start, a step toward finding our "better angels," a step toward "creating a more perfect union." It may not work of course. We're humans after all and tend to fall in love with the hard-packed soil of our own rightness.

But, in extending care to another, you and I might actually encounter a plow or a mole, doubt or love, that will break open something inside us, loosen that hard-packed soil and welcome a seed that may flower, softening and strengthening our hearts.

Dick Conville is a retired college professor and long-time resident of Hattiesburg. This essay was published previously in the Pine Belt News.