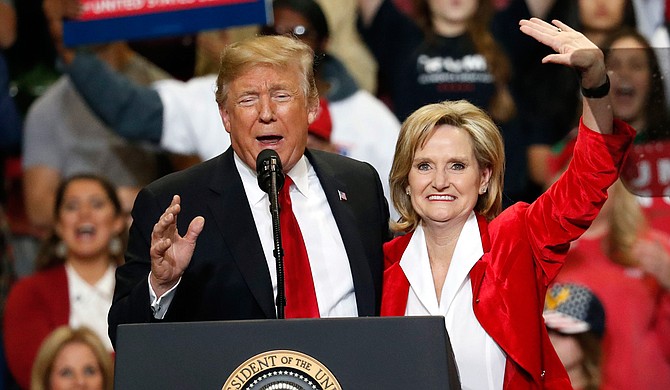 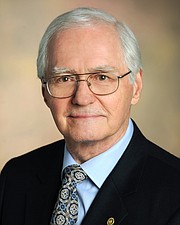 One of Mississippi’s senators and three of its congressmen chose to jump on the Trump bandwagon, objecting last week to final certification of the Biden-Harris presidential victory.

Before that, the Republican lawmakers and state officials supported a lawsuit asking the U.S. Supreme Court to overturn the results of the presidential election in Pennsylvania, Wisconsin, Georgia and Michigan. In all, 126 House members similarly jumped, following the lead of the Texas Attorney General Ken Paxton with the blessing of President Donald Trump.

These Republicans are like cats that have climbed a tree and can’t climb down. Squirrels can climb down head first, but house cats must back down if they are to come down the way they went up. Barring that, it’s get out your ladder and go up after them.

You can see what a predicament those 126 House Republicans are in, as well as all those other Republicans in the House and Senate who have cringed in fear before the president’s tweets. Of their own free will, they chose to follow him up that tree to the topmost limbs of authoritarian rule and, ultimately, this week’s violent insurrection, by supporting the president’s brazen lies about the fairness of the election.

Bless his heart; Trump is always the victim.

Someday soon, it will be clear to most ordinary Americans that the whole presidency of Donald J. Trump was a con: just another way to make some more money. Then what will Republican elected officials say? Maybe “Oops. My bad”? How will they come down out of that tree they climbed?

One of those limbs was so long it led them to abandon their beloved principle of “states’ rights.” Since Ronald Reagan’s 1980 campaign, Republican elected officials have argued that “government is not the solution; government is the problem.” And in Mississippi, “government” of course meant the federal government: those guys who integrated the public schools; those guys who created so-called “welfare queens,” those guys who, they still insist, “took God out of the schools.”

So, states’ rights are good rights. Small problem with that failed Supreme Court case: Republicans hold the legislative majority in all four of those states named in the suit: Pennsylvania, Wisconsin, Georgia and Michigan.

Our three Republican congressmen found themselves in the uncomfortable position of arguing that those Republican-majority legislatures did not have the right to make their own election rules—clearly an argument against states’ rights and proof positive that Trump is not a Republican and doesn’t care to know what Republicans have been fighting for ever since President Johnson signed the 1964 Civil Rights Bill. He just wanted to win.

It was a pretty tall tree those Republican elected officials climbed, following their ever-angry and always-victimized leader. How do they come down now, especially after the violence and destruction at the U.S. Capitol this week? How do they reconcile with those who did not follow him?

Maybe they can now do some governing for a change. Maybe legislating, even across the aisle. Maybe debating and voting on bills for the benefit of ordinary citizens.

The silence of the Mississippi Republican congressional delegation in the face of the president’s angry rants made it look like they agreed with him no matter what he did or said. Did they? Really? I’m not sure. Now that the game is over, what will they do? How do you unring a bell? How does a cat come down from a tree?

Mississippi Republican elected officials are owned by Donald J. Trump, who is no Republican. Do they want to be owned by an angry, sulking adolescent who will do anything to remain in power? I don’t think so.