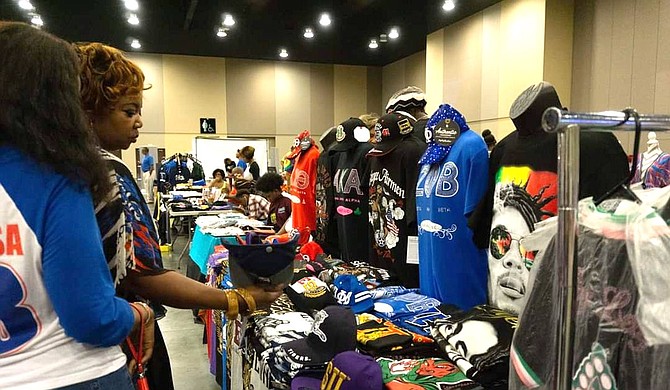 In 2014, the world watched as Eric Garner lost consciousness while in a chokehold by a New York City Police Officer. The video prompted a bevy of marches and calls for actions. The months that followed were filled with introspection, challenges and the desire for change.

In Jackson, friends George Patterson, Sabir Abdul-Haqq, Brad Franklin and Queen Franklin began discussing how they could make an impact. They wanted to do something different than the protests, uprisings and pushes for legislation.

“We were talking about … what we can do as Black people to better our situation, to contribute to the economy and to flourish within our community,” Brad Franklin says.

“We said that our economic power—the Black spending power that exists in this nation—is so great that we need to be able to harness that spending power. Because of the money that we spend as consumers, our dollars can dictate what happens in our community.”

In response, Patterson founded the Mississippi Black Pages. The directory lists more than 1,000 Black-owned businesses and services with the goal of strengthening the economic power base in the Black community.

The group saw the potential that the directory presented and decided to take it a step further, creating the Mississippi Black Business Expo. The steering committee believes that the expo provides a space that helps empower Black-owned businesses, create networking between business owners and offer shopping opportunities for the public.

The inaugural Black Business Expo debuted in 2014 at Tougaloo College with more than 100 metro-area vendors in attendance. Five years later, the event had outgrown the original Tougaloo location and included vendors from across the state. This year will mark a return to the in-person event after the pandemic caused last year’s exhibition to be held virtually.

The 6th annual expo will be held Aug. 21 at the Jackson Convention Center and will feature more than 200 vendors selling a myriad of products.

Items for sale include clothing, fitness supplies and other retail items, along with promotional efforts by those representing and promoting nonprofit organizations and businesses from across the state.

In addition to shopping and networking, the expo will host business workshops, including one the City of Jackson’s Department of Economic Development will host titled “Doing Business with the City.”

A “food garden” will be set up under the breezeway on Lamar Street, while children can enjoy the family fun zone as well as music from DJ George Chuck. Organizers are expecting more than 2,000 people to flow through the halls over the course of the event, each leaving with the sixth edition of the Mississippi Black Pages directory.

The City of Jackson serves as a title sponsor and partner of the event. Franklin says that the significance of the city’s partnership in a municipality where more than 85% of the residents are Black cannot be denied.

The event is free to the public, while vendor prices vary. For more information, find The Mississippi Black Business Expo on Facebook or visit msblackpages.com.