Brian Regan, “On The Rocks” and Sharing Joy Through Comedy During a Pandemic | Jackson Free Press | Jackson, MS

Brian Regan, “On The Rocks” and Sharing Joy Through Comedy During a Pandemic 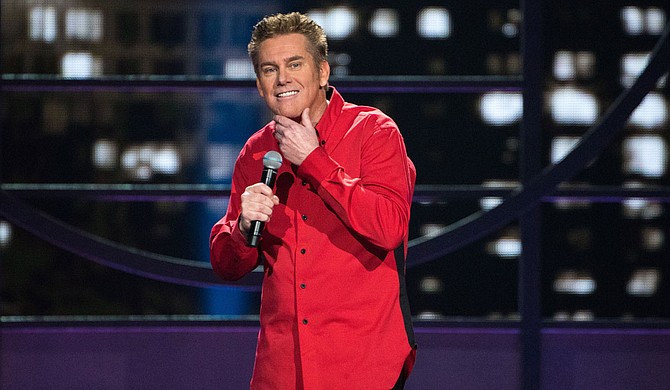 Brian Regan, a Florida-native stand-up comedian who specializes in observational and self-deprecating humor drawn from everyday life experiences, is coming to Mississippi to put on a show at the Brandon Amphitheater on Friday, April 9.

"I was working toward 'On the Rocks' for years, and now I'm in the process of moving away from that show and making new material," Regan says. "I'm in a more experimental phase of coming up with new material right now, so people who come to the show in Brandon can expect some good new things."

The week after his appearance at the Brandon Amphitheater, Regan's fans can look forward to him reprising his role as the character Mugsy in the third season premiere of Peter Farrelly’s television series "Loudermilk," which will air on Amazon Prime on April 12. Farrelly approached Regan and offered him the role after seeing him perform at Lucy Fest in Jamestown, N.Y. Regan's character on the show is a recovering addict who is estranged from his family, which Regan says proved an interesting challenge for his first real acting role.

"I've been doing stand-up for many years, and I love it, but I wanted to challenge myself and try new things," Regan says. "Acting was never part of my career, but when (Farrelly) approached me after the show saying he loved my comedy and wanted to be part of ‘Loudermilk,’ I took the chance. I told him I'd be honored even though I didn't really know how to act, but he said he knew I could do it if I just had a director to guide me.

"Being part of something so far from stand-up, where I'm autonomous and work as my own writer, editor and creator, was definitely new to me. On television I'm part of an ensemble, a smaller piece of the pie. It was weird doing something so different at first, and I was nervous from wanting to do good work for the show despite having no acting experience. Then after a few days of shooting, (Farrelly) talked to me and said I didn't need to worry about the exact words in the script and should just get the gist of it and make it funny by putting it in my own words. I played around with that, and come the next scene everyone loved it."

While the entirety of “Loudermilk”'s filming took place before the COVID-19 pandemic hit and therefore did not suffer any difficulties for it, the same has not been true of Regan's other performances and shows throughout 2020 and this year.

"The whole world has been through a challenging year, and I was doing no comedy for months after the pandemic started," Regan says. "I joked that when I was doing nothing I shut the comedy factory down, that there was no comedy coming out of the factory smokestack and that the workers all went home. After that long break I felt like I needed a stage to get on to let my brain percolate, and when I did get back on stage at the end of July, I had to review my act to know that I could even do one. I had been afraid to get back on stage for a bit there, but the feeling of being up there gets my brain going. It's like exercise: if you haven't done it in a while you need to get back on the treadmill the first time to make the second time easier.

"When I eventually did go back out and visit venues that could incorporate social distancing, I found myself performing in unusual atmospheres like clubs with tables spread far apart, theaters with covered seats and outdoor arenas where people could socially distance. But, it turns out, people still love to laugh even in spite of what's going on. Even with everyone at an outdoor amphitheater wearing masks, I could look out into the crowd and hear the laughs perfectly well even though I couldn't see their faces with the masks on. I liked to fantasize that it meant the laughter would just be twice as big without the masks on."

Regan was born in Miami, Fla., and raised in Westchester. He attended Christopher Columbus High School and later enrolled at Heidelberg College in Ohio, where he initially planned to major in accounting. He played on the Heidelberg football team and also took part in campus theater productions, which is what first started him on the path toward stand-up comedy.

"I found that I greatly enjoyed performing on stage in college, and then one day I got the audacious idea to do stand-up, and the more I thought about it the more it excited me and ignited a passion inside. I first tried it out at the college gathering area, and it was a weird line to cross getting on that stage. With stand-up you tend to mess with reality a little, you talk about being on a bus this morning as part of a routine, for example. With people who know you like classmates, they might call you out and say you weren't, but you have to pretend for the sake of the show. When I did my first show at a bigger venue in Fort Lauderdale for strangers, it was a better experience and felt more like a real show."

During his last semester at Heidelberg in 1980, Regan dropped out of school to pursue stand-up comedy as a career. He later returned to finish his degree there in 1997. He released his first CD, "Brian Regan Live," later that same year. In 2004, Regan independently released a DVD of a performance at the Irvine Improv comedy club in Irvine, Cal., titled "I Walked on the Moon."

Regan has produced five additional one-hour specials over the course of his career and also starred in his own four-episode Netflix series, "Stand Up And Away! With Brian Regan," for which fellow comedian Jerry Seinfeld served as executive producer. He has performed at the Leicester Square Theatre in London, the Kennedy Center in Washington, D.C., Carnegie Hall in New York City, the Red Rocks Amphitheater in Denver, Colo., the EnergySolutions Arena in Salt Lake City, Utah, and more.

"Truly I don't know where a lot of my material comes from most of the time," Regan says. You put up your metaphorical antenna, and sometimes things hit it and it feels right. You apply craft and scaffolding around it, and find the words to convey the concept. It's fun throwing new material on stage because you never know if you'll get a laugh or not. If a bowler knew he could bowl a 300 game every time it would be boring. You have to have misses to appreciate the hits.

"What I really think is important in comedy is that when people laugh they feel good. Even when you're going through difficult things or mundane challenges, being able to pause for laughter and joy is powerful and rewarding. And then, even when I just think all I'm doing is jokes and bits, sometimes I get a letter from a family who says my comedy has helped them through a difficult time, and that feeling of bringing joy to someone in difficult circumstances is gratifying. I feel happy to be able to bring that comfort into the world through what I do."

Comedian Brian Regan will perform at the Brandon Amphitheater on Friday, April 9. Doors open at 6:30 p.m. and the show begins at 8 p.m. Tickets will be sold in variously sized pods so that attendees can socially distance with their groups and can be purchased through brandonamphitheater.com. Masks will be required upon entry and when moving around the venue.