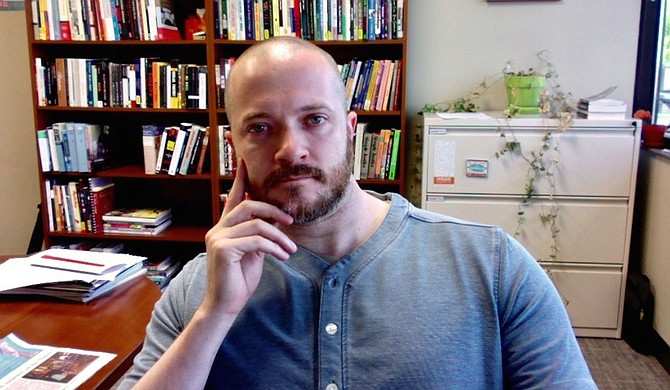 JACKSON, Miss. (AP) — The state auditor has no justification to accuse a University of Mississippi professor of engaging in an illegal work stoppage by participating in a nationwide "scholar strike” to bring attention to racism and injustice, says an attorney representing the professor.

The attorney, Rob McDuff, who joined the case Friday, said in a statement Friday that sociology professor James Thomas was not trying to change his work conditions or increase his pay—two elements required to define participation in a strike. Mississippi law bans public employees from striking.

“His actions clearly did not violate this law,” McDuff said. “Unfortunately, the auditor, in this letter and in many public statements, interviews and social media posts about Professor Thomas since, has failed even to mention this particular provision of the law. Instead, without justification, he has continued to claim that Professor Thomas’s actions were illegal."

Auditor Shad White, a Republican, sent a letter Sept. 14 to University of Mississippi Chancellor Glenn Boyce, saying Thomas participated in a Sept. 8-9 work stoppage. The nationwide “scholar strike” involved professors and others halting their classes and other duties to focus on racial-justice activities for two days.

White's letter said Mississippi law bans strikes or any other “concerted work stoppage.” White told Boyce that the university should recover money it paid Thomas for those days of work and should go to court to try to remove him from his job. Thomas was granted tenure in 2019, which gives him additional job security.

In a recent interview with the Clarion Ledger, White said his office sent two agents to Thomas’ home but Thomas wasn’t interested in talking. White said he began pursuing the case after seeing Twitter posts from Thomas about the scholar strike. White said he also found an email Thomas sent to his students about the strike that “was circulating on the internet.”

McDuff said Friday that Thomas is teaching classes online because of the coronavirus pandemic. McDuff said the professor prepares lectures and reading assignments and allows students to work at their own pace each week, including the week that included the “scholar strike.”

“Professor Thomas met his responsibilities as a teacher that week just as he does every week,” McDuff said.

A university spokesperson has said Ole Miss does not comment on personnel matters.

Then-Gov. Phil Bryant, a Republican, appointed White as state auditor in July 2018. After Brett Kavanaugh was confirmed to the U.S. Supreme Court in October 2018, Thomas came under broad criticism by conservatives after the professor said on Twitter that people should disrupt U.S. senators’ meals. “They don’t deserve your civility,” Thomas wrote.

Bryant, at the time, criticized Thomas. “There is no place in a civilized society, and particularly on a college campus, for urging individuals to harass anyone,” Bryant wrote on Twitter.