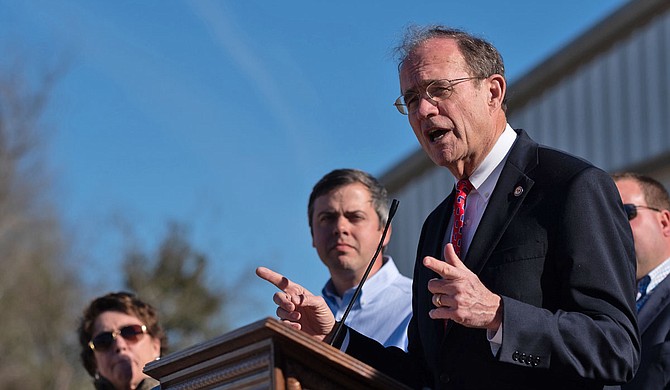 Lt. Gov.-elect Delbert Hosemann will not consider raising gas taxes statewide in 2020, he told the press on Dec. 17. But he is opening the door for county supervisors to pass their own local tax raises.

The Mississippi Department of Transportation told lawmakers in 2017 that it requires $400 million more annually than it presently receives to properly maintain the state's road network. As it stands, 6% of the state's roads and 9.4% of its bridges are in poor and structurally deficient condition, respectively.

Some of that funding is on the way, Hosemann says. "I think this tremendous infusion that we've had is going to solve a lot of these problems," he said. He was referring in part to the Mississippi Infrastructure Modernization Act of 2018, which diverted 35% of the state's use tax to counties and municipalities for the purposes of infrastructure repair. Additionally, the new state lottery will contribute $80 million a year to MDOT's state projects for the next decade, beyond which it will phase into the State of Mississippi's general budget.

Rep. Jarvis Dortch, D-Jackson, says the State has its funding sources all wrong. "I have a big problem with the Legislature cutting $800 million in corporate taxes over the past six or seven years, then coming back and saying, 'We need more revenue, let's get it from user taxes that are regressive,'" he said in an interview. Shifting the burden from corporations that profit from Mississippi's roadways to some of its poorer residents is "a perverse way of doing things," Dortch added.

Even sunny estimations of the new funds on the way to Mississippi's infrastructure needs do not match MDOT's projections for a fully functional state transportation network. To that end, Hosemann is willing to let county supervisors raise gas taxes to pay for local repairs, with the caveat that such measures need clearly defined sunset clauses.

Ironically, the only point of unanimity between the different factions is that the gas tax is fundamentally insufficient to address the long-term infrastructure needs of Mississippi, or any other state, for that matter. U.S. legislators raised the federal gas tax to 18.3 cents per gallon in 1993. Since then, the average fuel efficiency of cars on U.S. roadways improved by roughly 20%.

Rising infrastructure costs widen the gap the slump in revenue created. The Progressive Policy Institute reported in 2017 that the price of construction has doubled since the turn of the millennium, outpacing inflation.

Declining fuel revenues and rising infrastructure costs present an ever-widening gap for policymakers to bridge. Beyond the immediate challenges lies the obsolescence of the internal combustion engine. By the century's midpoint, well over half of all new car sales will be electric vehicles, Bloomberg New Energy Finance forecasts. Plans to recover the budgetary shortfall vary from shifting the burden toward an energy tax to adopting a mileage-based system.

For the immediate future, Hosemann's priority is keeping the process local. "I've said before, Mississippi's running the counties, not High St. That's where government's closest to the people," he said.