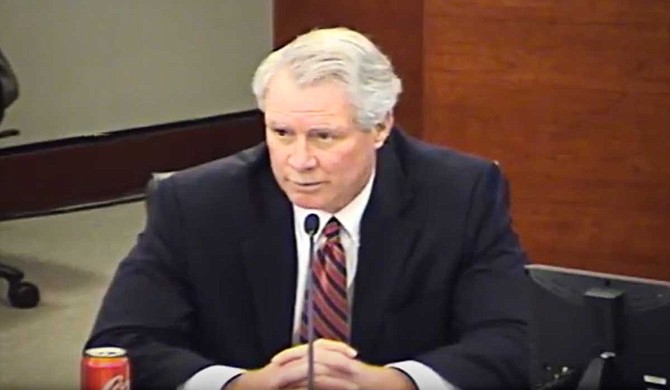 Glenn Boyce addresses a public session of the IHL Board of Trustees. Photo courtesy Mississippi Institutions of Higher Learning 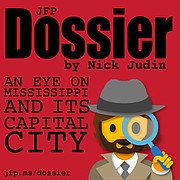 In the course of my investigation into the Mississippi Institutions of Higher Learning, multiple sources have repeated a simple refrain: The IHL's conduct in the Ole Miss chancellor search process may have been part of a long-planned scheme to install one of their own to lead the University of Mississippi. But, thus far, the depth of the alleged plotting is hard to prove.

The best information to date has come, rather graciously, from the IHL itself. The Jackson Free Press found ostensibly public records of all of the IHL's open sessions dating back years, although they had been unlinked on its website. Searching through them is no small task, as they include the minutiae of governing all of the state's public institutions, but studied carefully, interesting coincidences appear to emerge. 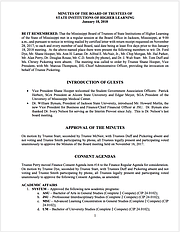 Glenn Boyce's tenure as IHL commissioner (personally responsible for "assisting the Board in the administration of the Board's policies and bylaws") lasted from April 2015, immediately after the sacking of UM Chancellor Dan Jones, to June 2018. One of Boyce's last actions as commissioner was to preside over a number of changes to the parameters of the "executive officer" search process, discussed in March 2018 and formally accepted later in April. These changes, in the words of former board member Alan W. Perry, mostly formalize existing policy, primarily the isolation of members of the campus search advisory committees. This reinforces the IHL's position that it seeks the input of these committees' members as individuals, not as a collective.

It was precisely this determination to silo the academic stakeholders in the leadership search that has so frustrated the search committee of a much less-discussed institution: Jackson State University. But the April 2018 changes to the IHL's bylaws also formalize that the members of the Board of Trustees themselves are to approve the minimum qualifications for the executive-officer search. It is unclear if Glenn Boyce himself would have met the minimum qualifications for consideration had a different stakeholder been responsible for developing them.

Much information is still unavailable to the public. The IHL's documents describe its executive sessions in circumspect language. For example, the minutes of the March 22, 2018, board meeting document the aforementioned proposal to change the search policy. Those same minutes end with a summary of an executive session that included "a state university personnel matter" that the board discussed, but on which they took no action.

Speaking on background, multiple sources have claimed that this personnel matter was the end of Jeffrey Vitter's tenure as chancellor of the University of Mississippi. If true, this could contradict Glenn Boyce's assertion that he had no involvement with the search process beyond returning for "listening sessions"—since he was the IHL commissioner at the time that it appears the IHL board made key personnel and process decisions regarding executive search in general and, perhaps, the University of Mississippi in particular.

And so the investigation continues, but after taking the time to pull the relevant documentation off of the IHL website, the Jackson Free Press is making all released minutes from the Board of Trustee meetings during Glenn Boyce's entire term as IHL Commissioner available in the JFP Documents Morgue. We strongly encourage our readers to browse them and share any interesting finds. As always, send any tips or information to me directly at [email protected].

Read past Dossier columns at jfp.ms/dossier/.