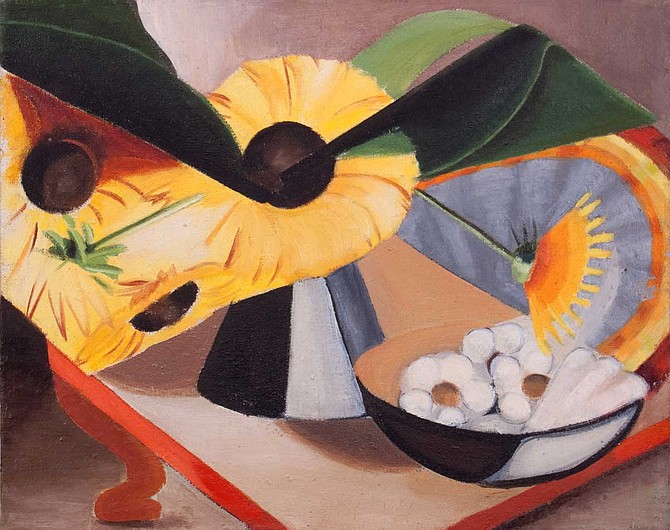 Through her life, Dusti Bongé became one of the most important female artists in 20th-century American art, creating paintings, poetry, writings and more that led to her becoming Mississippi's first abstract expressionist painter. Her art extended to the theater, which she took on after graduating from Blue Mountain College. J. Richard Gruber's "Dusti Bongé, Art and Life" (Dusti Bonge Art Foundation, June 2019, $75) delves into her artwork and family. It includes more than 500 images that document her life on the Mississippi Gulf Coast, New Orleans and New York.

Gruber, director emeritus of the Ogden Museum of Southern Art in New Orleans and formerly co-director of the Peter Joseph Gallery in New York, wrote the book to ensure that Dusti Bongé's significant impact on southern and national art is remembered, and to describe "the many stages of a grand and adventurous life, one that spanned most of the 20th century." 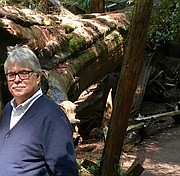 Bongé, who was born in Biloxi as Eunice Lyle Swetman, lived in Mississippi until she moved to Chicago after graduating from Blue Mountain College, a Baptist institution close to Tupelo, to pursue her acting career. She moved to New York City to work on silent films, and met her future husband, Archie Bonge. They married in New York in 1928, and Swetman officially became Dusti Bongé. The couple lived in New York until they moved to Biloxi in 1934 with their son, Lyle.

In 1936, after Archie passed away, Bongé dedicated her life to her artwork.

Near the middle of the book, Bonge's painting titled "Bird & Flower" appears—an oil on canvas she created in 1938 when she began the transition from realistic to abstract work. This painting illustrates the shift well "with its juxtaposition of a folded oriental carpet, ghost-like human forms, and a skewed central structural form—all positioned within a vague, undefined larger environment," as Gruber describes.

Bongé initially held her exhibits in New Orleans and Biloxi and later in New York, with her abstract expressionism achieving national recognition. In 1993, she died in Biloxi after living the last years of her life on the land where she was raised.

As she drew closer to the end of her life, Bongé did not stop painting. In her "Void" series, she focused on circle shapes in abstract form and illustrated emptiness. She only stopped the series when she thought that they were becoming too predictable, Gruber reports.

"Dusti Bongé, Art and Life" dives into the significance of her work alongside issues and themes throughout the 20th century. In one section, Gruber compares hurricanes to moments in Bongé's life. Her career spanned from 1936 to 1993, and she spent her time from one place on the map to the next, creating art wherever she went—in the form of theater, writing and painting.

Gruber separated the book into sections based on location and time and in chronological order. It gives a deep insight to not only Bongé's own life, but also the world around her and what each city she lived in was like during that time period. Readers get a glimpse of how connected Bongé was to the world around her, and shows how cities like Biloxi and New Orleans have a rich southern heritage that plays a vital role in the art world, using examples like Bonge's art, paintings of the south by various artists, and old photos. 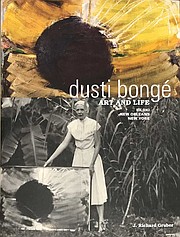 "Biloxi was a complex, layered urban environment, nurturing a population that was more culturally diverse than that found in most other Mississippi cities at that time. In her early days, Dusti learned to travel comfortably between the diverse levels of life in Biloxi. As she matured, her experiences in these environments informed her art, her aesthetic vision and her larger philosophy of life." Bongé was born in the modern era, but growing up, her family was rooted in the 19th-century South.

Bongé's family loomed large in her life, which Gruber explores throughout the book, mainly through photos and stories from her grandson, Paul Bongé. Her family was creative: her husband, Archie, was an artist, and her son and grandson were photographers. Gruber includes photos from the newspaper announcement of Dusti and Archie's engagement and marriage in the book, showing how they met—he worked as a doorman and opened a door for her— and the national recognition their wedding drew. He also includes Paul Bongé's drawing of Archie and Dusti kissing.

Bongé was famous during the mid- to late 20th century and recognized as an important painter at the time, but now many people do not know about her.

Gruber also discusses the art of the Gulf Coast and the South in general and how it is infused with rich southern history, and also how many people perceive art from the South a lesser quality than that created in bigger cities around the world.

The Dusti Bongé Art Foundation produced this book, with the mission to promote the artistic legacy of Dusti Bongé through exhibition, conservation, scholarship and education.