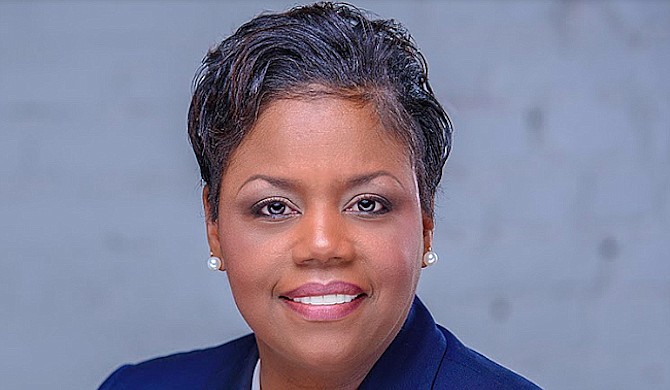 On Wednesday, Nov. 6, I woke up, grabbed my phone and drafted my statement to thank my supporters and congratulate Lynn Fitch on being "positioned" as Mississippi’s next attorney general. Although pundits used words like "lost" and "defeated" to describe my situation, I simply rebuke such characterization as I had spent months boxing with a ghost opponent.

The Republican nominee refused to answer my request for four debates, declined to appear at four other forums to which we were invited and did not show up at candidate rallies where I would also be (with the exception of two staunchly Republican venues, the Neshoba County Fair and HobNob). She even avoided the press. Heck, the media would ask me, "where's Lynn?" I would smile and say, "I don't know, I am on a job interview and am asking my future employers to hire me. The way it works for me is I must show up to get the job."

Fitch knew she didn't have to show up or work for it. She had been made promises and had made promises. So she simply sat back and waited to be positioned. That, my friend, is "privilege" at its finest. This privilege is real. It is why some expect others to "take care of me, once again,” even though taking care of others has not been reciprocated.

In response to privilege such as Fitch’s, some will say, ”they win anyway, so why run, why vote?" Because as Mrs. Fannie Lou Hamer said when asked if the system will ever work properly: "We have to make it work. … You've got to fight. Every step of the way, you've got to fight."

So I did. I fought every step of the way. The other nominee was not the only ghost I boxed along the way. I boxed racial bias, gender bias, organizational bias. I expected some of that. I knew I would face being called a “liberal” as if that is a curse word. I believe and have fought for everyone's liberty, so call this liberal "a patriot.”

I knew some would try to characterize me by my former employer, the Mississippi ACLU, whom I am proud to have worked for because, again, I believe in the law and upholding the Constitution, so call me "a defender of freedom.”

What I did not expect was to be called an angry black woman by black women. I will admit that cut me. But on the field of battle, fratricide is not uncommon. It was unexpected, so I put on my field dressing and embraced it.

I am black. I am a woman. And I am angry. I am angry knowing that children are under-educated when the lowest standard of "adequate" is not even met. I am angry when teachers' rights to exercise their free speech and association are infringed by threat of loss of license so they cannot even bargain for better. I am angry that partisan politics and personal agendas were prioritized and prevented Medicaid expansion, and now a 23-year-old mother lies cold in the ground.

There is so much more to be angry about, so call me an "angry black woman." But then ask yourself why you are not angry, too.

I boxed fear. Not my own, but others' fear of addressing real issues. People are literally dying for lack of health care in Mississippi, yet we don't want to mention Medicaid expansion or the Affordable Care Act. Children are suffering, traumatized and crying, and families are being torn apart, but don't you dare go stand with the immigrant community. Our elderly and veterans who fought for our security have no security of their own but be careful of suggesting that safety-net systems are being ripped from under them.

No one threatened to take anyone's guns; I just asked us to support gun safety and prevent gun violence, and y'all acted like there is only one amendment that needed protecting. And oh my, let's not ever mention the "A" word. Abortion—there I said it. It is a woman's right! And by the way, men—women making this health-care decision did not get pregnant alone.

‘A Lack of Leadership in Mississippi’s Democratic Party’

I boxed the glaring ghost of a broken and unsupportive party structure. I guess I am not supposed to say that out loud, but we might as well tell the truth out loud. Everyone is whispering it anyway.

Just like the other "speakcret" (a word I coined to describe the secret that everyone is speaking about), I brought out from the shadows that the top nominee of the Democratic ticket was failing to support other Democratic nominees.

There is a lack of leadership in Mississippi’s Democratic Party. Just because people are sitting in positions of leadership does not make them leaders. Years of training and actual leadership experience has taught me that true leaders lead from the front, not in backrooms. Leaders make decisions that benefit and take into account the greater mission, not one or two preferred people.

Guess what, Mr. Chairman, this race was "nationalized" before it got started. Did you think Donald Trump was not going to come? It worked for them before, so why would they not do it again? So pray tell, why would you would reject national support like Stacey Abrams or wait to roll out President Obama only at the last minute? True leaders understand strategy and the principles of war.

Ask yourself about my candidacy: Why did I come out of left field? Why was there not already someone on deck to run for attorney general? No strategy, no plan. Failure to plan is a plan to fail. Well, that is another lesson for another day.

I am proud of my race. I boxed with ghosts and with goblins. But nevertheless, I ran with a determination that is common among beautifully black and bold women. We know we are generally not made promises and privileged with given positions. We know we "got to fight.”

So to any other young woman wanting a seat at the table, I say, "Fight for it! When we fight, we all win!"

Jennifer Riley Collins was the Democratic nominee for Mississippi attorney general in 2019 and drew more votes than any other candidate of her party other than Jim Hood, the party’s nominee for governor. Previously, she served as a U.S. Army intelligence officer for 32 years before retiring at the rank of colonel.