OPINION: Time to Give Mississippians Access to Medical Marijuana 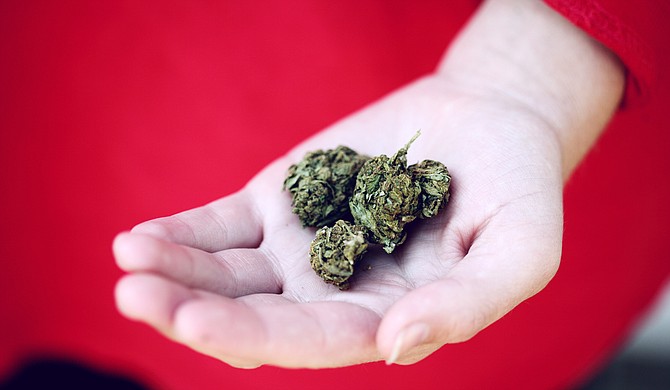 Given the current crisis associated with widespread opioid abuse, dependence and deaths, Mississippi’s leaders must find an effective and safer alternative to prescribing narcotic medications. Reducing dependence on opioids for pain management is a difficult challenge, but other states have provided their residents with another affordable, safe and effective option: medical marijuana (also known as therapeutic marijuana).

In response to a growing demand, 30 states, including Louisiana and Arkansas, have passed laws that allow physicians to issue prescriptions or certifications for medical marijuana for patients with debilitating disorders.

Studies have found that those laws, which provide access to marijuana through dispensaries, experience lower rates of prescription and recreational opioid addictions and deaths. A study from researchers at Philadelphia Veterans Affairs Medical Center, University of Pennsylvania, and Montefiore Medical Center and Albert Einstein College of Medicine showed that states with medical marijuana laws experienced an annual 25 percent lower average opioid overdose mortality rate compared to states without those laws.

Furthermore, there is significant evidence of opioid cessation among individuals who consume marijuana to treat chronic pain. A study from University of Michigan researchers showed that medical marijuana patients reported a 64-percent decrease in opioid use, as well as a reduction in the side effects that opioid medications cause, and 45 percent experienced an improved quality of life.

In a medical marijuana program in New Mexico, middle-aged participants who had habitually used opioids to treat back pain were able to significantly stop using opioids or reduce daily dosage of opioid use. They reported experiencing less pain, a higher quality of life, physical activity and concentration, and few adverse side effects.

Researchers at Bastyr University Research Institute showed that of the 2,700 participants using marijuana, most substituted it for prescription drugs (narcotics and opioids, anti-anxiety medications and anti-depressants). Also, the majority was primarily older women.

A literature review shows that marijuana use can effectively manage chronic pain and many debilitating diseases, including inflammation, chronic pain and neuropathic pain (nerve pained cause by damage from diseases such as diabetes and chemotherapy), Crohn’s disease, dystonia (a movement disorder that causes pain), multiple sclerosis, rheumatoid arthritis, glaucoma, chemotherapy induced emesis (vomiting or wretching), epilepsy, AIDS induced anorexia, Huntington’s disease, inflammatory bowel disease and post-traumatic stress disorder. Medical marijuana can also be an effective secondary treatment for cancers such as ones of the pancreas and breast.

The Centers for Disease Control and Prevention reports that overdoses associated with prescription opioids are a leading factor in the increased deaths that those overdoses cause. Last year, Mississippi lost nearly 200 residents due to opioid-related deaths, data from the Mississippi Bureau of Narcotics shows.

Although marijuana has some side effects, its benefits far outweigh its risks, and it is not associated with death and severe side effects like many prescription drugs. Moreover, older Americans are likely using it to treat conditions for which they have received no relief from drug medications and invasive therapies.

This may explain the steady increase of marijuana use among the American public. In 2015, an estimated 22 million Americans reported having used marijuana in the past month, data from the Substance Abuse and Mental Health Services Administration shows.

Also, during the 2017 legislative session two medical marijuana bills were introduced but died in committee. If passed, the law would have covered a diverse range of chronic and/or debilitating conditions, including cancer, glaucoma, HIV, AIDS, military-induced PTSD, multiple sclerosis, Crohn’s disease, pain, epilepsy and seizures, and allows the public to petition the State to add other medical conditions. However, the future of medical marijuana in Mississippi will likely rest in the hands of the public.

Ashley Durval, leader of Mississippians for Compassionate Care, has registered a ballot initiative, Medical Marijuana 2020 campaign, to make medical marijuana legal and available to Mississippians with debilitating health conditions. When voters approve the initiative, residents will be able to obtain a medical marijuana certificate through a physician. The campaign needs to collect more than 100,000 signatures on petitions to qualify a constitutional amendment for the 2020 Mississippi general election ballot. For more information, visit medicalmarijuana2020.com.

“This has been a long time coming,” Durval said to me. “I am encouraged by the positive outpour of our community and our state. I have always felt very strongly that cannabidiol and thereof could really help not only my daughter, Harper Grace, but many other Mississippians who have a debilitating misfortune. The work is going to be tough, but we are ready. Our steering committee is strong. We are super excited.”

Getty Israel, who has a master’s degree in public health, is a health consultant and author.

The column does not necessarily reflect the opinions of the JFP.