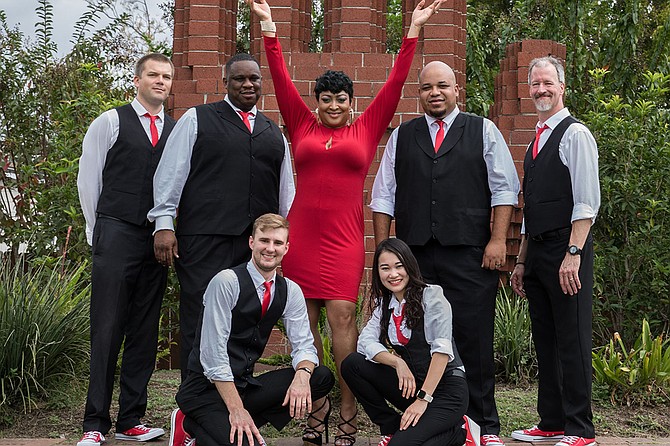 This year's International Blues Challenge featured many musicians from the Magnolia State, with artists from the Mississippi Delta Blues Society of Indianola and the Vicksburg Blues Society making the semifinals.

While neither group made the list of winners in late January, Jackson blues fans had reason to rejoice when they saw who took first place: the Keeshea Pratt Band.

Pratt, a Jackson native, says she grew up around music. Her father, Terry "T.L." Harris, has been an artist manager for more than 25 years, and her mother, Catherine McCoy Harris, is a choral singer and played piano at New Hope Baptist Church, where Pratt sang her first solo.

"Doing that solo, I kind of knew that the church wasn't going to be my thing," she says. "It was always going to be my roots and my grounding, but I knew then, at (age) 6 or 7, that I was going to be an entertainer."

Despite that realization, Pratt says she didn't pursue music until she was older, although she sang in choirs, pageants and talent competitions. After high school, she enrolled at Tougaloo College before joining the Grace Bumbry Black Musical Heritage Ensemble. Pratt sang internationally with the group throughout the summer of 1994 before returning home.

Jackson audiences got to know Pratt better after she scored a regular gig at the Hilton Jackson and then the now-closed Steam Room Grille. Over time, she became well known in the local music scene, but around 2010, she put her entertainment career on hold for about seven years.

She, her husband Grailyn Pratt, and daughters Blaike and Isabella, moved to Houston, Texas, in 2011. Then, six years later, she received a call from bassist and producer Shawn Allen. He heard about her from fellow Houston musician Kai Hicks and asked Pratt about singing for a project. "I think you should do it," Hicks told her.

Pratt says she was hesitant to get back into music, but Hicks assessed—correctly—that she was miserable holding a normal job and not being an entertainer.

"She said, 'You've got to understand that when God designs you to be a particular person, no matter what you do, it's not going to work until you just be who he called you to be,'" Pratt says.

She agreed to join Allen, who had one stipulation: He wanted to compete in the International Blues Challenge.

"Everything that has happened was not part of my plan," Pratt says. "I was only going to compete, and I told him, 'I'll compete, and then I'm done.' But we didn't get a chance to compete in 2016, so we started to work. Shawn took me to the IBC (in 2017). He really wanted me to see what it was, and he wanted me to see how big I could actually be in blues. He believed in me, and he said, 'I think you have what it takes to conquer this thing.'"

After that, Pratt says she made up her mind to not just enter the challenge but win it. They began putting together a band with musicians they met through jams, bringing in lead guitarist Brian Sowell, saxophone player Dan Carpenter, trumpet players Misaki Nishidate and James Williams III, and drummer Nick Fishman.

Eight months later, the Keeshea Pratt Band went to Memphis, Tenn., and took home one of the highest honors in blues.

"In a 24-hour period, my life changed," Pratt says. "Even if I wanted to quit, I can't quit. Whenever I come home and I see singers that used to sing background for me doing their own thing, I realize that it's my responsibility to keep pressing. I have to do it for them, to let them know, 'Keep going.'"