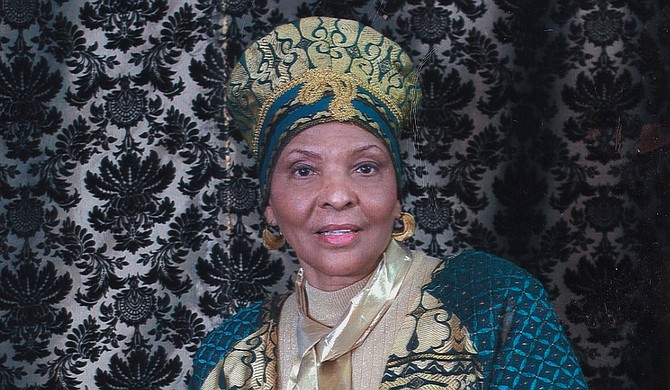 Dorothy Stewart Samuel, who died at the age of 80 on Friday, July 6, was a visionary, educator and activist, daughter Angela Stewart says.

Stewart Samuel was born in Vicksburg and grew up in Clinton. After graduating from Holy Ghost Catholic School in Jackson, she went to then-Jackson State College (now Jackson State University), where she studied social science education. She also attended the Universidad Nacional de Mexico as a Fulbright Fellow, studying the culture and history of Mexico, in addition to the University of Mississippi, Mississippi College, Clark University in Worcester, Mass., and San Francisco State University.

"She loved children and supported, not just the academic achievement of children, but the personal growth and development of children," Stewart says. "... She did more than just educate her students—she embraced them. She loved them. She nurtured them. Some of them went on to become lifelong friends of hers."

She was also a founding board member of organizations such as the Smith Robertson Museum & Cultural Center and Mission Mississippi, and served on the boards of the Margaret Walker Alexander Center and the Farish Street-Main Street Project.

"She was strong. She was a visionary," Stewart says. "She was creative and innovative. She was loving and supportive."

One of her favorite movies was 1994's "The Road to Freedom: The Vernon Johns Story," which features the line, "If you see a good fight, get in it." That's what her mother did, Stewart says.

"My mom was all about getting in the good fight," she says.

Stewart Samuel was active in fighting for those who needed help in the Jackson community, also serving as a Girl Scouts leader, a deaconess at Farish Street Baptist Church and president of the missionary society. At Farish Street Baptist, she helped start the Golden Rose program, which pairs people ages 75 and older with younger members for companionship and learning, Stewart says. The church honored Stewart Samuel as a Woman of the Year at one point.

One of Angela's favorite memories with her mother is from 2016, when they spent the year reading the Bible together, from the book of Genesis through Revelation.

"That remains one of my favorite memories, but there are too many to choose," she said.

Before her death, Stewart Samuel was able to thank many of the people who inspired her and helped in her accomplishments through an autobiographical piece.

"I have said 'yes' to most challenges and tasks assigned to me by my mentors and leaders, and I attribute my success to their support and confidence in me," she wrote. "I give honor to God, to my parents, and to those wonderful mentors who have encouraged me to strive to be my best. Other than my parents, I will thank my Aunt Claudia, Dr. Margaret Walker Alexander, Mrs. Claire Collins Harvey and Dr. Jessie B. Mosley, for saying, 'Baby, you can do it.'"