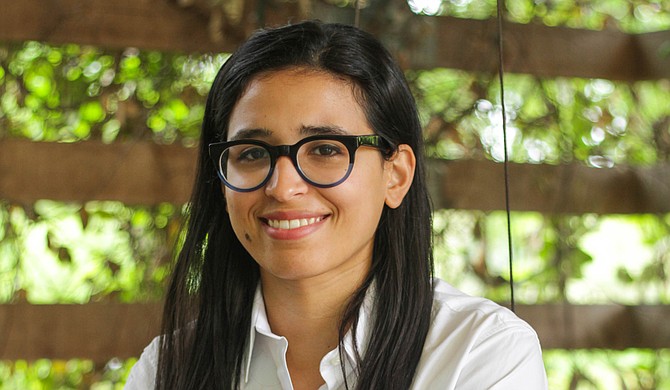 Jackson received a grant of $15,000, Department of Planning and Development Urban Designer Salam Rida told the Jackson Free Press. AARP donated a total of $1.3 million for the projects. Photo by Stephen Wilson.

JACKSON — A grant from nonprofit AARP will help transform a stretch of Congress Street into a more pedestrian-friendly area, a press release from the City of Jackson says.

Jackson is one of 129 organizations nationwide to receive money through the 2018 AARP Community Challenge grant program. Jackson received a grant of $15,000, Department of Planning and Development Urban Designer Salam Rida told the Jackson Free Press. AARP donated a total of $1.3 million for the projects.

They are "quick action," which means grantees have a deadline of Nov. 5. The City of Jackson will complete its project by Sept. 21, the release says.

The City will make pedestrian-friendly improvements on Congress Street between Pascagoula and Pearl streets in front of gardens at City Hall. The new area will feature outdoor furniture, landscape design, bike infrastructure, shade and programmed events throughout the year. It is the pilot program for the Planning Department's "Open Streets" program, which has a goal of transforming automobile-oriented streets into vibrant social spaces.

Care use dominates Jackson, and one of the main parts of the project is to take back areas that are not fully used, Department of Planning, and Development Urban Designer Travis Crabtree told the Jackson Free Press.

"That's one of the main goals of this, to introduce public space, social space into the streets and reclaim some of that territory from the automobile," he said.

Cars will still be able to travel down the stretch of Congress Street, but events will occasionally shut the street down, Rida said. The department is designing a packet for other areas in the city to create the same kind of spaces, she said.

The project's debut on Sept. 21 will feature a full day of events and a Downtown Design Dialogue session about Congress Street. It is the same day as PARK(ing) Day, a nationwide event, which turns parking spots into parks for the day.

"It's going to be an all-day event where we have programming and free stuff to get people excited about being downtown," Rida said.

This is the first phase of the "Open Streets" project. As development continues downtown, Rida said she expects Congress Street to flourish and for more businesses to open along the street in the next year.

"We really see that part of downtown being more of an active nightlife place," Rida said.