OPINION: Independence Week and the Delusion of Freedom 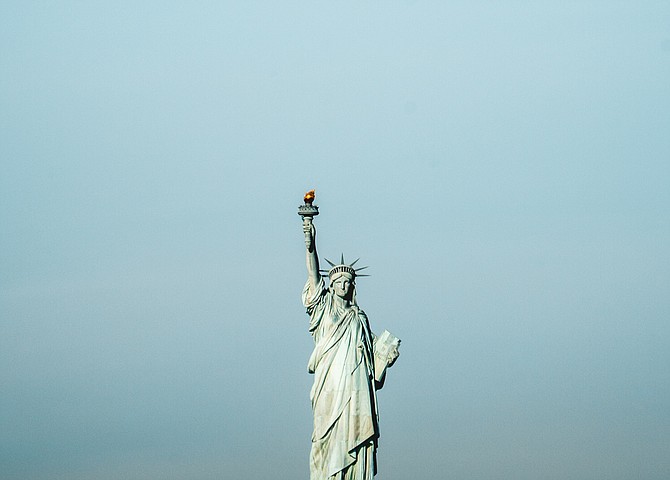 “The delusion of freedom is far more dangerous,

Than any jail cell or cramped cages” —G.Be 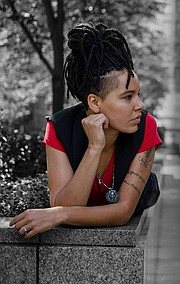 This week we celebrate our nation’s independence. Gladly, I partake in viewing the brilliant firework displays and relaxing with a cold brew as smoke from slow-cooked barbecue ribs bellow over my laughing friends and family. In this moment, I celebrate all of the freedoms my ancestors fought to gain, freedoms that I have inherited via the toil, suffering, fighting and victory of my foremothers. I ponder those freedoms that have been denied to women, black, LGBT and poor Americans up until recent history, and freedoms that we are still fighting to obtain.

This day I’m grateful for Jeff Sessions’ absolutely “sane and humane” reasons for separating families at the border, which are, of course, the natural reaction from our brave leadership to keep our freedoms exclusively for Americans. Why should I have to share my hard-earned privileges with immigrants fleeing the same violence and political turmoil that American policy and meddling in South and Central America created?

This is our American Christian way. Our obvious response is to quote the Holy Bible to justify imprisoning toddlers in internment camps, making them susceptible to predators in uniform and forcing them to stand trial alone. What would you expect us to do? We are the land of the free and home of the brave. My white ancestors immigrated to America from Germany and France looking for a better life, too.

I offer a toast to the freedom of speech that allows a group of white college students visiting a city they didn’t grow up in to drive past my friend’s family and yell “Terrorists!,” mistaking them for who-knows-what ethnicity or religion.

I also celebrate the freedom for hate speech to be deemed harmless until it escalates to an actual attack on another human being or their property. I close my eyes and relish in these freedoms as the fireworks begin to illuminate the sky, each exploding with a sound closer to that of gunfire.

In this beautiful moment, I celebrate the bravery of our troops and the powerful military for which America has become known. I bask in the triumph of our acquisition of territories, the extracting of resources and colonization of other brown people across the globe—all of which make my life as an American exceptionally privileged. Another swig of the brew.

Maybe it’s the suds talking now, but I honestly admire our current administration’s ability to roll back civic freedoms while keeping our attention elsewhere.

Truly, what is more of a testament to freedom for Americans than our great leader canceling the phase-out process of private prisons? Surely rich stakeholders profiting off the excessive and disproportionate incarceration of mostly brown and black Americans is indeed a freedom we can all get behind. This has been the American way far before President Donald Trump and his administration; I can’t give him all the credit. They did not create America’s delusion of freedom; they merely mastered it. The delusion is so powerful that anyone who dares to question America’s abundant freedoms granted to all its citizens equally no matter gender, race or religion is immediately told to “leave America if you don’t like it.”

Even those who simply decide to stand up for unarmed black Americans’ right to not be killed by the police are called “un-American” or “agitators,” penalized by our leadership as if the right to due process and trial is not written into our Constitution.

All irony aside, this day, my full gratitude is for those on the front lines fighting against the illusion and folklore of American freedom. I call them brave hearts: those who spend their days at the polls, or on the street marching, or on the phone with their state representative, or speaking their truth despite threats of backlash and physical harm. They understand the actual freedoms we enjoy are often at the expense of others. It doesn’t have to be this way.

These are the few Americans who use their privilege and compassion to physically, civically or legally combat those who seek to impede the freedoms of other humans based on race, religion or country of origin. With more than six million Americans either incarcerated or on probation, or with the threat of prison constantly looming over them, we have to abolish practices and institutions that discriminate against racism, hatred and fear of the “other.”

Millions of Americans live within the confines of crippling addiction, unaffordable health care and generational poverty caused by the same institutions that were made to help them. We have been hijacked. I critique America because I truly love the ideals of which it was based and the freedoms which I have inherited. We cannot sit back while the freedoms we have gained come under assault from those who perpetuate xenophobia and racism for political and capital gain. As Americans, it is our duty to hold up these ideals and make sure that they apply to all of us, not just a chosen few.

I think the ribs are done.

Genesis Be is an American artist and activist from Biloxi, Miss. She is the founder of “People Not Things,” a traveling art exhibit that confronts unconscious bias while promoting civil discourse and racial healing.