God Is Still in Public Schools 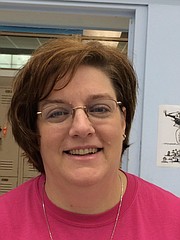 I am a high-school teacher and a Christian. And I have some great news: God is still in our public schools. Clearly, a lot of people don't know that. Why else would so many post memes wanting to put God back in schools? I guess they forget that, if you believe in God, you believe he is all-powerful and everywhere.

I know God is there because I see him come in with students and fellow staff members. I see students pray silently in the cafeteria or read Bibles. I hear announcements for our student-led prayer group, and I hear students have deep conversations about their beliefs.

I also know that, as a teacher, I am allowed my own private prayers and can even be part of a Bible study for staff that is voluntary and outside school hours. Our public schools are full of religious people who don't leave their beliefs at the door. I am grateful that we live in a country that recognizes every individual's right to free expression of religious beliefs. It's too bad that so many people forget that barring public schools from supporting one religion protects freedom for all religions.

You're probably heard about the Brandon High School marching band's halftime show, which included the hymn "How Great Thou Art." A decision to ban the show came after a lawsuit for violating student freedoms by requiring students to attend Christian assemblies during school. While school music groups using religious music is not unheard of, the use of this song, along with a show including a cross formation and students kneeling with heads bowed, clearly had the school board afraid it would be fined $10,000 for violating the judge's order.

Protests, signs and a rendition of "How Great Thou Art" from Brandon fans at the game showed strong support for the band. Many people also saw this decision as religious persecution and took delight in attacking Judge Carlton Reeves for ruling that the district must stop allowing school-supported religion. Was his ruling correct? Of course it was. Was the board right to stop Brandon from performing? That is hard to answer. One fact is easy to understand: When adult leaders in schools make bad decisions, it is always the students who suffer the most.

Negative consequences for students make it crucial for public schools to follow the law. Adults who make the decisions in schools may need civic and history lessons about the fight for religious freedom in colonial America. It wasn't Muslims or atheists who had to stand up against religious persecution: It was Protestants. They were jailed and even killed for their belief in separating the church from the state. They were unwilling to see tax dollars go to support government-recognized religion. They supported James Madison, the "father of the Constitution," making religious freedom a priority and securing it in the First Amendment.

Religious freedom occurs when the government doesn't support one over another. Imagine that Islam was the predominant religion in Mississippi. Would you want mosques leading required school assemblies? Even our Christian denominations in Mississippi have vast differences in beliefs and practices.

I don't think most parents, when they consider the issue, want to hand public schools the right to be religious guides for their children. Let the family and the church handle religious training, and let schools focus on academics. Private religious schools are there for those parents who disagree and want school to reinforce religion. Public schools can't do that. We have to provide a comfortable learning environment for students, and this means not using school time to proselytize.

I consider my job a true calling, and the religious connotation of that phrase is not lost on me. But I'm not supposed to come to school to preach my beliefs. I can, however, love and serve willingly. I can show students that they matter. I can privately pray for them. If I use my authority to break the law and force my beliefs on students, I am not only disrespecting them and creating an uncomfortable environment; I'm also probably not going to help them find God. Respecting students means accepting that they don't have to believe as I do and creating a place for them to feel comfortable being who they are regardless of cultural differences.

I hope that the Christians who want the best for our students will do the one thing we can all do: Pray for our public schools and our students. And remember it's not about my beliefs or your beliefs. Freedom of religion is about everyone's beliefs.

Lynne Schneider has been a high school English and journalism teacher for 18 years. She currently teaches at Murrah High School.