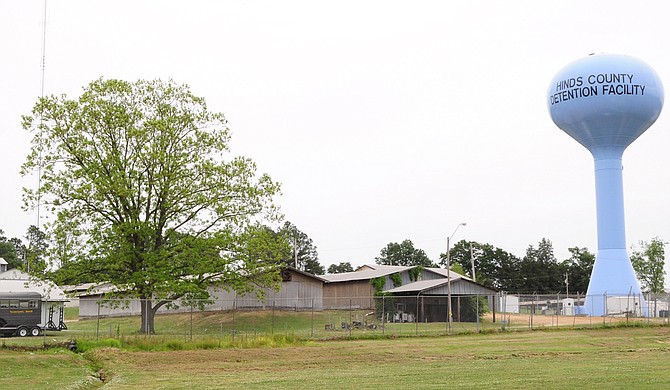 BRANDON, Miss. (AP) — Jerry Sanders has been sitting in a jail cell on a relatively minor charge of methamphetamine possession for more than a year—longer than the sentence he could get if he's convicted.

And with no money to post bail or hire his own lawyer, he may be sitting there for weeks or months more.

"I miss my children, I miss my woman, I miss my dog, I miss my job, I miss my home — everything," Sanders, 58, said recently by videoconference from inside the Rankin County jail in Brandon.

Long pretrial detentions are not unheard of elsewhere in the United States. But poverty, scarce resources, and a pattern of locking up people for low-level crimes make them particularly prevalent here, in the country's poorest state.

A recent survey of Mississippi jails conducted by the MacArthur Justice Center at the University of Mississippi School of Law—released exclusively to The Associated Press—shows that 2,500 defendants—more than one-third of all of those jailed before trial—have been in jail 90 or more consecutive days. More than 600 have been in jail longer than a year.

The most recent census conducted by the U.S. Bureau of Justice Statistics, in 2013, showed an average pretrial jail stay in Mississippi of 40 days, the sixth-longest in the country. The census also revealed that Mississippi had the second-highest number of local jail inmates per capita, behind Louisiana.

Cliff Johnson, who directs the Ole Miss branch of Chicago-based MacArthur, said he hopes the information will show the true extent of long pretrial jail stays in Mississippi and bolster efforts to lessen them. MacArthur has repeatedly sued cities and counties in Mississippi for jailing poor people who can't afford to pay bail or fines.

Data was nearly impossible to compile until last July, when the state Supreme Court, lobbied by the MacArthur center, ordered sheriff's offices to provide it.

The numbers reinforce what Johnson says he already knew: "Mississippi's criminal justice system, for a variety of reasons, is set up so that lengthy pretrial incarceration is not only possible, it's common."

— Most defendants in Mississippi can't afford their own lawyers or the high bails judges continue to slap on them, despite decades-old federal court rulings that they consider what a defendant can pay.

"They've been convicted of nothing," Johnson said. "They're presumed innocent, and I think we lose sight of that fact."

— Public defenders in Mississippi are overworked and underpaid. Attorneys may spend five minutes with a defendant while a judge sets bail, but defendants may not see lawyers again until after they've been indicted. A recent report slamming indigent defense called this period the "black hole" of representation. Judicial leaders plan to ask lawmakers for more funding to increase the amount of help available to poor defendants.

— In many rural Mississippi counties, grand juries and courts meet only twice a year. In 2012, a woman in Choctaw County was jailed for more than three months without a preliminary hearing because the court was out of session.

On the same day The Associated Press interviewed him, Mark Chandlee, a part-time public defender in Lauderdale County, was handling an armed-robbery plea in which the defendant had been jailed just a few months shy of two years.

"I don't really have much standing to get the case rolling until they're indicted," Chandlee said.

"Spending time in a county jail, it can make guys crack," said Marvell Gordon, a public defender in Lauderdale and Yazoo counties.

Too poor to scrape up the $5,000 needed to cover his $50,000 bail, or to hire his own lawyer, Sanders said he's ready to plead guilty to the felony charge. He knows he's been jailed so long that he would be immediately eligible for release.

But Sanders' girlfriend, Kathy McGovern, said she can't even get the part-time public defender to answer her calls.

"Simple drug charge, why are you holding him for over a year?" she asked.

Lauderdale County District Attorney Bilbo Mitchell acknowledges there is a problem and says he has told his assistants "to do everything they can to speed things up."

Money is also a reason for delays in presenting evidence and conducting autopsies. Crime Lab Director Sam Howell says one of the state's four labs is six months behind on testing, because of a lack of analysts to verify and weigh illegal drugs. Many autopsies from last year remain incomplete because Mississippi only has two medical examiners, Howell said. After news stories about the delays, lawmakers this spring allotted money to hire four more beginning July 1.

And inmates who may be mentally ill face truly extraordinary delays, said Dr. Tom Recore, a forensic psychiatrist with the state Department of Mental Health.

Recore said 90 to 100 inmates statewide need evaluation at any given time, with most waiting three to four months. The wait time got shorter after more evaluators were hired and counties began using private contractors. But some of the 60 people currently awaiting treatment have been on a list for years, Recore said.

Under a pilot program, mental health professionals are treating inmates directly in two county jails. The state plans to expand the number of beds for prisoners, and lawmakers allotted $1 million to explore a permanent expansion of treatment facilities.

"I've told them I want to plead guilty to my charge," he said. "I've done lost my car, my home, my job, over some nonsense. ... I should have been home a long time ago."